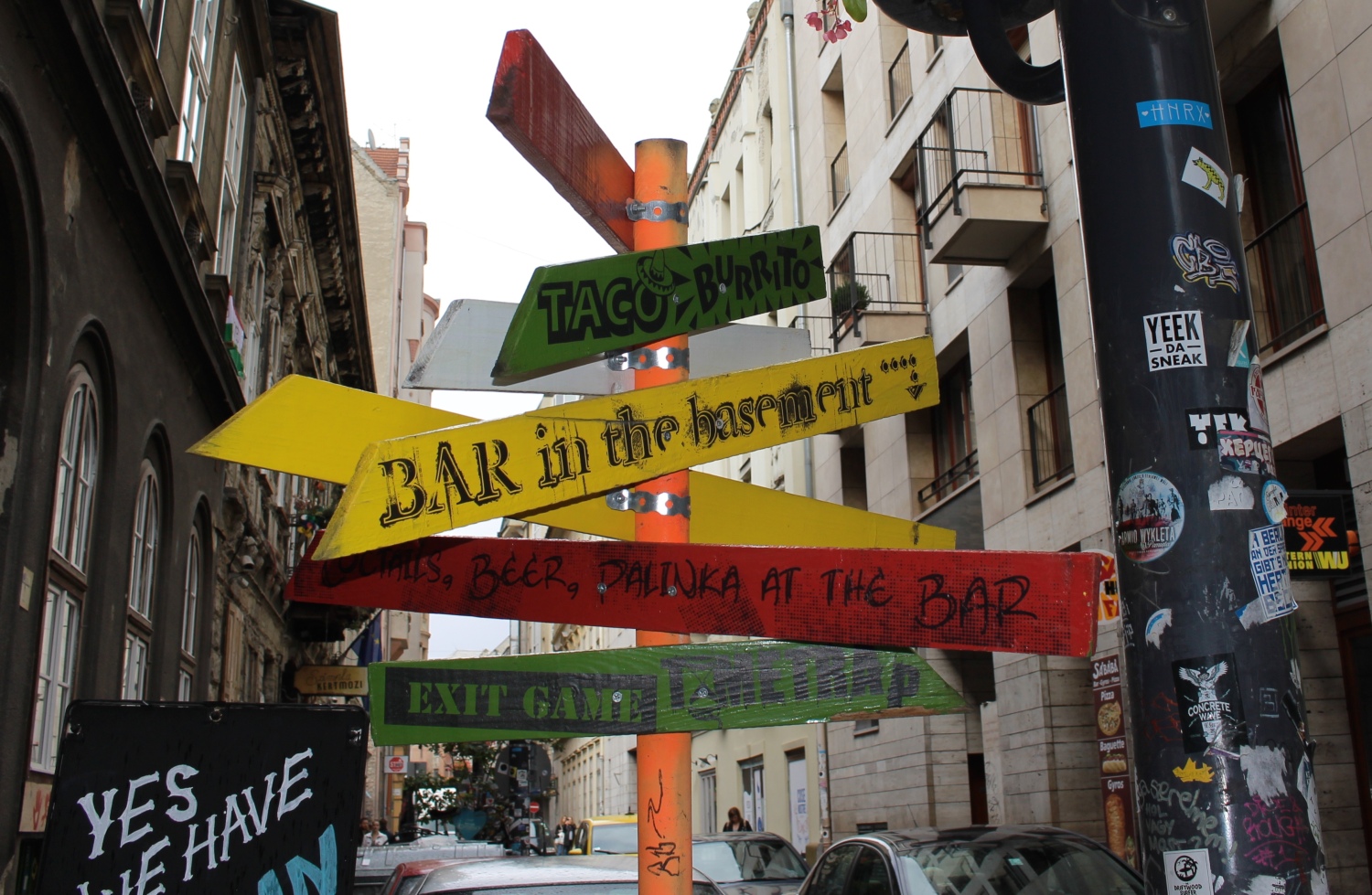 Friday to Saturday, September 22-23, 2017:  Four days in Budapest and this is our first, but only after Lufthansa carries us, miserably uncomfortable in economy class aisle seats, for 7:55 hours through a six-hour time zone change and across the north Atlantic to Frankfurt.

While airborne, I squirm and wriggle and try to sleep, but manage to snooze less than a half hour, instead captivated by a series of shows on the small screen inset into the seatback: first, a German-language movie Die Reste Mienes Lebens, in which Schimon lives his life following his pregnant wife’s death by clinging to a sentence his grandfather once told him, “Everything in life happens the way it should.” Second, Mama Mia and its exuberant ABBA songs delight me once again (how many times have I watched that movie?), although our destination will be nothing like the Greek island where that magical love story takes place. Finally, I watch the first of seven episodes of the TV-miniseries, Big Little Lies, which took away eight Emmys this year.

We wait in Frankfurt for nearly three hours, where Mike gets a little shut-eye while splayed across the seats in the airport.  All airports should ban armrests and have sets of lounge chairs like Frankfurt does so people can relax between flights. Meanwhile, I busy myself with a fancy coffee and pastry, in what will become a 2-week pastry and pasta extravaganza — resulting in a few extra pounds!

Mike gets some shut-eye in Frankfurt

Finally, the airline lifts us the last hour and a half to our destination. We taxi to our Pest neighborhood in a steady drizzle under heavy clouds, bringing to mind the 1999 movie, Gloomy Sunday, which takes place in 1930s Budapest and features the famous melancholic melody which, according to urban legend, triggered a chain of suicides.  The suicide connection is unsubstantiated, but it’s probable that events in the decade in which the song was written, such as famine, poverty and the rise of Nazi Germany, may have influenced the high number of suicides at that time.

Instead it is a Gloomy Saturday, but our enthusiasm at exploring a new city is not one bit dampened.

The taxi drops us off on Kazinczy utca, the street on which Charlie’s Budapest is located; we booked the apartment through Airbnb.  Number 7 is simply a weathered door in a long nondescript wall.  We beep for apartment 7 and soon Charlie arrives with his two lively little girls, Chia and Eliye, to let us in. We enter through two large disheveled 4-story courtyards with peeling yellow paint, hinting at Old World charm. The apartment has a large bright bedroom, a nice well-stocked kitchen with an instant espresso machine, and a patio out the back door which we will use if the weather improves and if we’re able to open and close the door easily (for some reason it’s rather challenging).

Once we settle in, we’re off to explore Budapest. 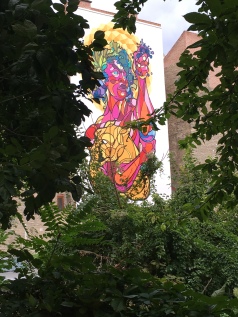 view from the porch 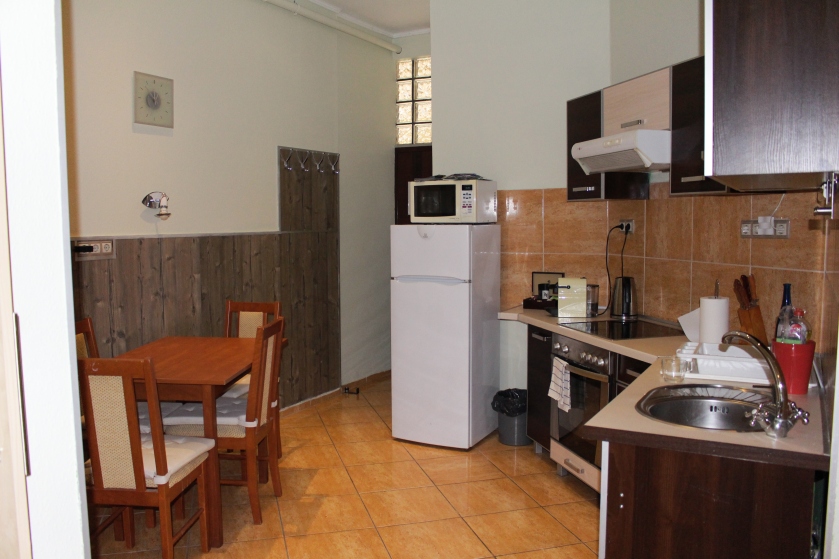 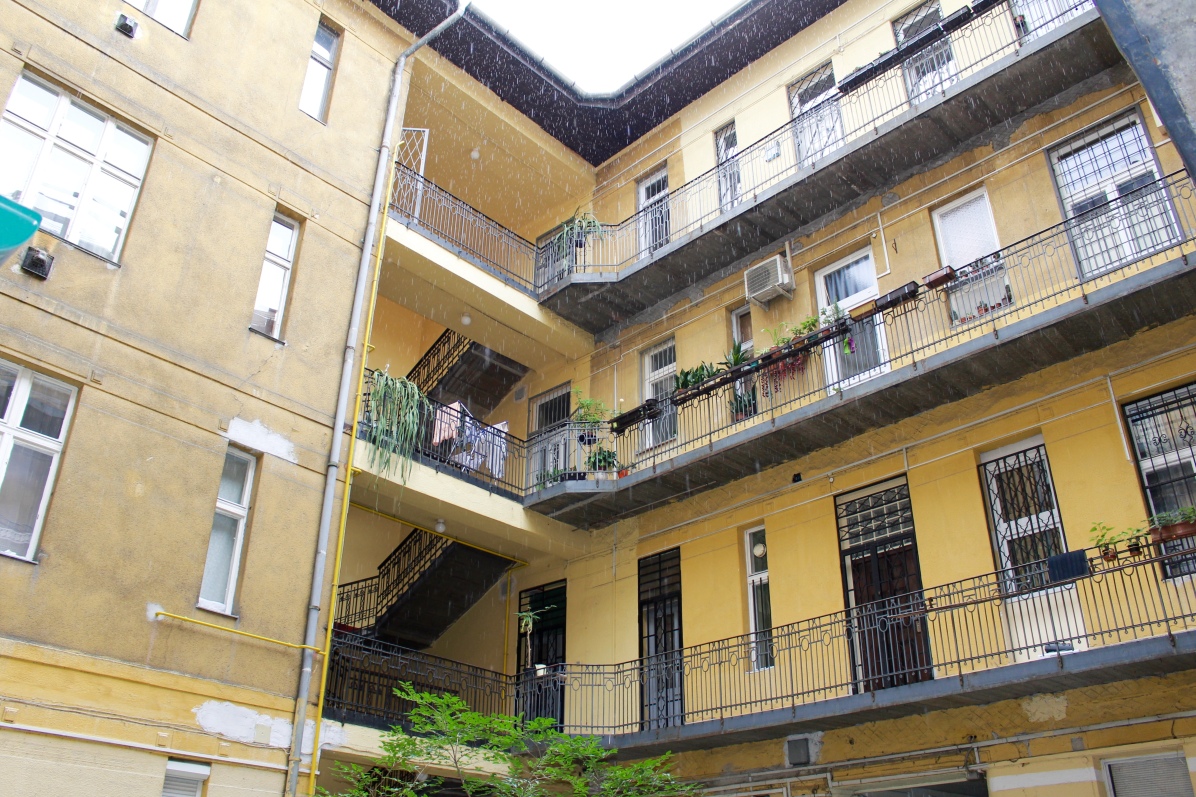 “ON JOURNEY” INVITATION: I invite you to write a 750-1,000 word (or less) post on your own blog about the journey itself for a recently visited specific destination. If you don’t have a blog, I invite you to write in the comments. Include the link in the comments below by Tuesday, June 19 at 1:00 p.m. EST.  When I write my post in response to this challenge on Wednesday, June 20, I’ll include your links in that post. My next post will be about a portion of my road trip to the Four Corners area: CO, UT, AZ, & NM.