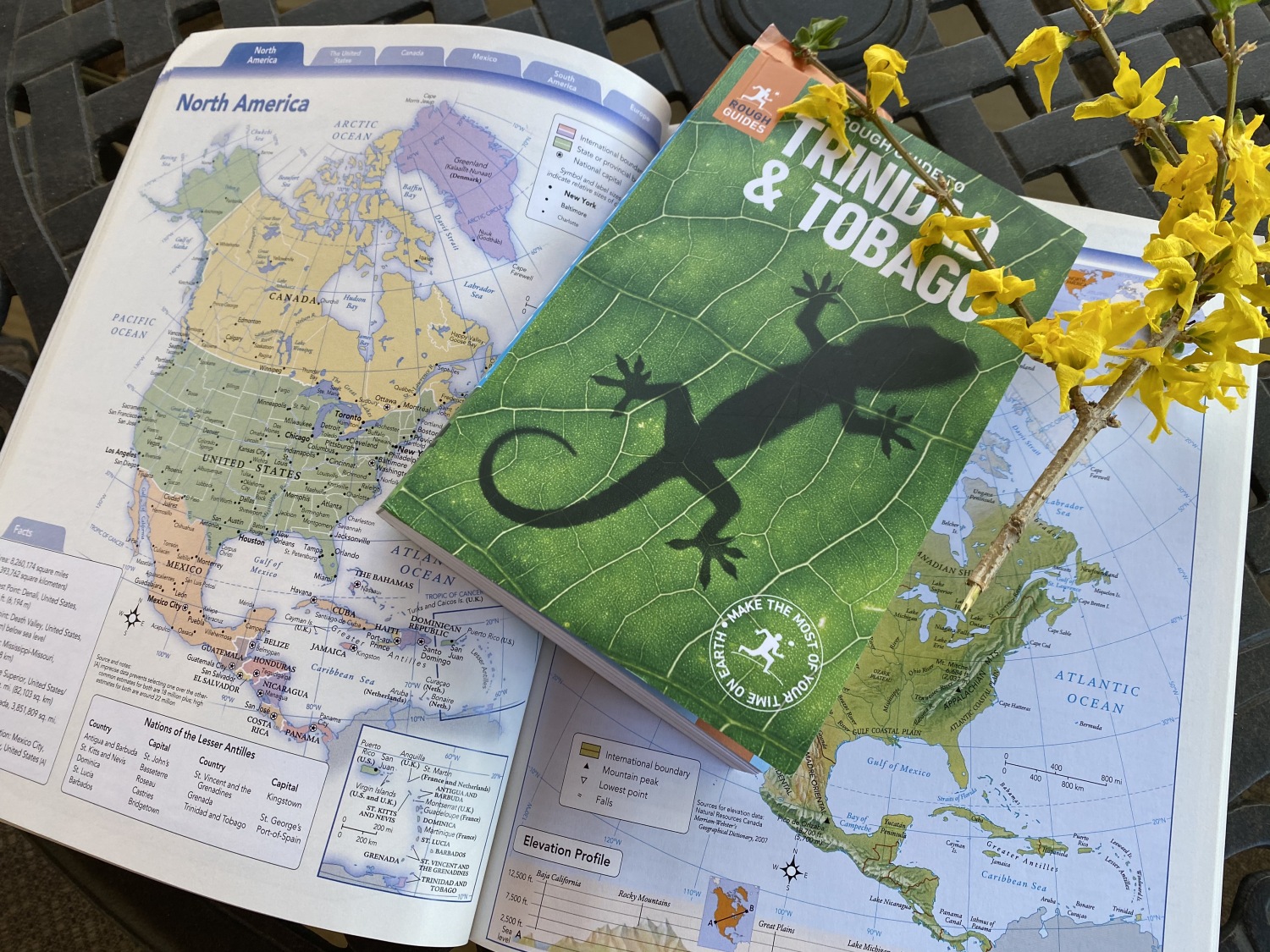 The Republic of Trinidad and Tobago is the southernmost island in the Caribbean, just under 7 miles off the coast of Venezuela. The nation has a diverse cultural mix of Indian, African, Creole, Chinese, Amerindian, Arab, Latino, and European influences, a melting pot of communities who have migrated to the islands over the centuries. This African and Indian cultural fusion is reflected in its famous Carnival, Diwali, and Hosay celebrations.  The island nation is also the birthplace of steelpan, the limbo, and music styles such as calypso, soca, rapso, parang, chutney, and chutney soca. After undergoing many changes in governments, Trinidad and Tobago finally became a republic in 1976.  The national language is English, with many different accents. Citizens drive on the left.

Trinidad’s economy is strongly influenced by the petroleum industry. Tourism is a growing sector, particularly on Tobago, although it is much less important than in many other Caribbean islands. Agricultural products include citrus and cocoa. It also supplies manufactured goods, notably food, beverages, and cement, to the Caribbean region.

notes in my 2020 bullet journal

I found quickly in my research that Trinidad and Tobago is all about Carnival. It’s the last hurrah before the austere period of Lent, and it is the nation’s biggest celebration. From Christmas to Ash Wednesday, the islands are gearing up for Carnival; big steel bands allow people to watch their practice sessions, calypsonians perform their Carnival compositions, and of course prices are high throughout the festivities.  Once Carnival Monday arrives the festivities begin in full force. It sounds like they are wild beyond comprehension, culminating in a Tuesday night las’lap beginning at dusk, a frantic and exuberant last ditch party before Lent descends.

Neither Mike nor I are big party people, and I hate crowds. It was out of the question to go to Trinidad and Tobago for Carnival, but that’s what it’s famous for.  If we were not going for Carnival, why should we go?  I continued researching what we could do in the islands if we skipped Carnival and went during Lent, mid-March, say, when all had quieted down. My selling point to Mike was that we could escape the doldrums of winter and lounge on the beach, soak up the sun.

I read three Caribbean travel books and another book, The Rough Guide to Trinidad & Tobago.  I researched plane flights and found that there were no direct flights from the Washington area; most took over 12 hours, including a long stopover in Houston. Mike wanted to come on this trip but he thought it only worth a one week visit. For staying just a week, that long flight seemed too much. Plus there were the logistics of getting to both of the islands.  Flights are the only way to go as boat rides are too long.

books on the Caribbean

With less than five days to see two islands (after the two long travel days), it didn’t seem like it was worth the effort.  I couldn’t see how we could do two 12-hour flying days to and from Port of Spain, plus see both islands properly in one week. Trinidad supposedly lacks a Caribbean feel, and Tobago is the more quiet, laid back island. If we were going to “lounge on the beach,” it seemed we had to go to Tobago, but then there was more to see and do in Port of Spain, Trinidad.

Finally, after reading much about the islands, I told Mike in late January that I didn’t think we should go.  It all seemed too complicated.  We have been to the Bahamas many times, but that was a direct flight, and we always stayed on the main island of Nassau.  It was definitely a beach island.  I might have gone alone if not for warnings about high crime and the driving on the left.

In the end it was a good thing we didn’t go, because our holiday in mid-March would have been ruined by the coronavirus, and we would have had to return home.  It all worked out for the best in the end.

Deciding not to go didn’t stop me from reading the other books besides The White Woman on the Green Bicycle, which I talked about in my post: call to place: trinidad & tobago.  I loved Monique Roffey’s writing, so I also read Archipelago, which started off in Port of Spain.  The characters took off sailing across the Caribbean, through the Panama Canal and to the Galapagos.  It was an excellent book; below is my review:

What a mesmerizing voyage. After tragically losing his son, Alexander, to a flood in his pink house in Trinidad, Gavin Weald quits his job and, with his 6-year-old daughter Océan and his dog Suzy, sets sail in his old boat Romany through the archipelago of islands along the north coast of South America, through the Panama Canal and to the Galapagos. His wife Claire has gone into a sleep, withdrawn into herself, and is staying with her mother in Trinidad; she doesn’t at first know that Gavin has left. This sailing trip is Gavin’s way of dealing with his grief over the loss of his son and his home, as well as his wife’s withdrawal. He puts himself right in the middle of nature, coming face to face with the sea and its unpredictability, its gifts and its challenges. Nature, the force that didn’t care about his baby son or his family, nature that acted purely on its own whim, by its own logic or lack thereof. It was nature that took his son, with no malice toward him, his family, or his home, but which destroyed it nonetheless. This journey is about a reckoning, a coming to terms with what it means to be human in our natural world, and how one deals with grief and loss.

I also read Golden Child by Claire Adam; it also takes place in Trinidad, but is a different kind of book altogether.  Here is my review of another excellent book:

I loved this book. Not only was it an incredibly intense story, but it evoked the whole of Trinidad & Tobago, the beauty, the shabbiness, the corruption, the criminality, the people, families and culture. We experience this island country through Clyde and Joy, two Indian parents, and their twin sons, Peter and Paul, along with many other relatives and neighbors, mostly Joy’s brothers and extended family. Peter is gifted, and by far the father’s favorite, while Paul, who is deemed to be “retarded” by his own parents as well as other relatives and school officials, is a constant frustration to his father. Joy, the mother, insists that Paul should always stay with Peter in school, even if Paul was far behind and seemingly challenged, which I thought put a huge burden on Peter. It wasn’t until Paul met Father Kavanagh at the Catholic School that he finally heard an adult consider him to be normal, not “retarded.” He had overheard his parents and relatives talking about him as if he were “less” or “not enough” for his entire life, and it seemed he had come to believe his own worthlessness, while loving his family anyway. When Paul disappears, the family faces a crisis like none they could have ever imagined, one in which one son would have to be chosen over the other. I loved the way this book was written, and the exploration of a dilemma that many parents face when they have challenging children of different abilities and personalities.

Here is a list of other books I’ve found that take place in this island nation. 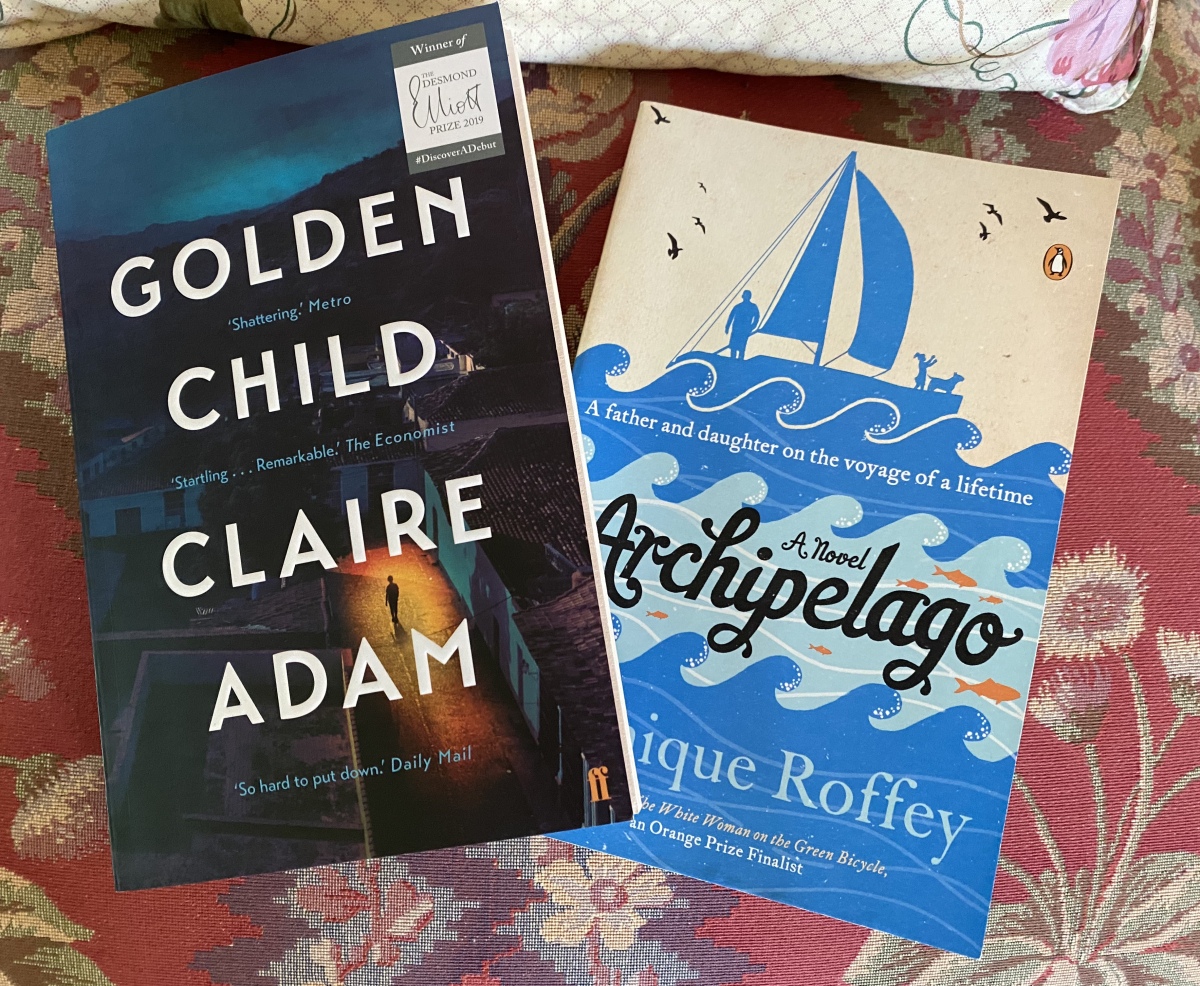 Books set in Trinidad and Tobago:

Movies set in Trinidad and Tobago are:

Since none of us is going anywhere for a while, I hope, like me, you’ll enjoy exploring the world through books.  You can find lists of books by setting here: books | international a-z | and books | u.s.a. |.

“ANTICIPATION & PREPARATION” INVITATION: I invite you to write a post on your own blog about anticipation & preparation for a particular destination (not journeys in general). If you don’t have a blog, I invite you to write in the comments. Include the link in the comments below by Thursday, April 23 at 1:00 p.m. EST.  When I write my post in response to this challenge on Friday, April 24, I’ll include your links in that post.