What exactly is a hoodoo?  I’m no scientist, but it seems hoodoos also go by the names of tent rocks, fairy chimneys or earth pyramids.  They’re tall thin pillars of rock that protrude usually from the bottom of an arid basin or badland, most often in desert areas. The pillar normally consists of soft rock topped by harder, less easily eroded stone that protects the column from the elements. Hoodoos have a variable thickness, and are often described as having a totem-pole shaped body.

Badlands are a dry terrain where softer sedimentary rocks and clay-rich soils have been eroded extensively by wind and water. They are characterized by steep slopes and minimal vegetation; they commonly include canyons, ravines, gullies, buttes, mesas and hoodoos.  They are often difficult to navigate by foot. 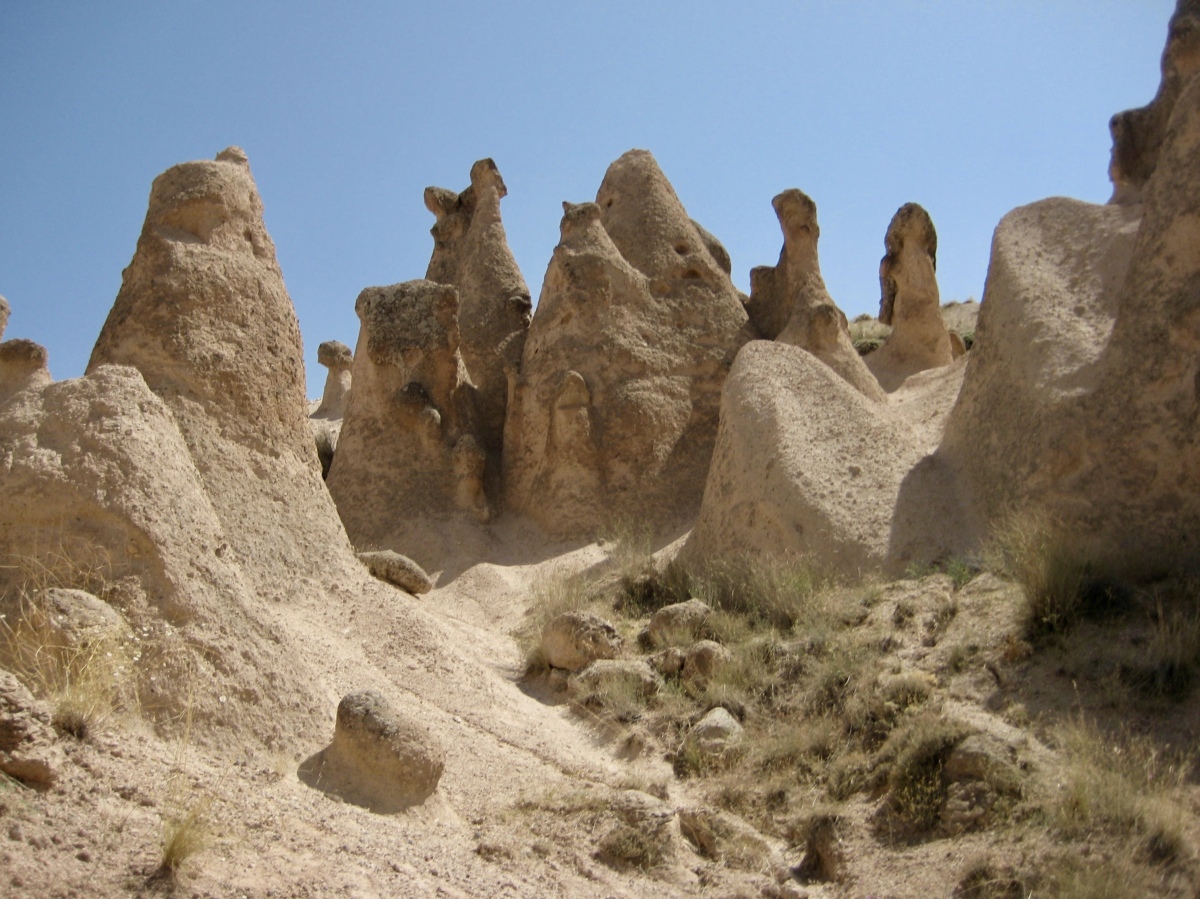 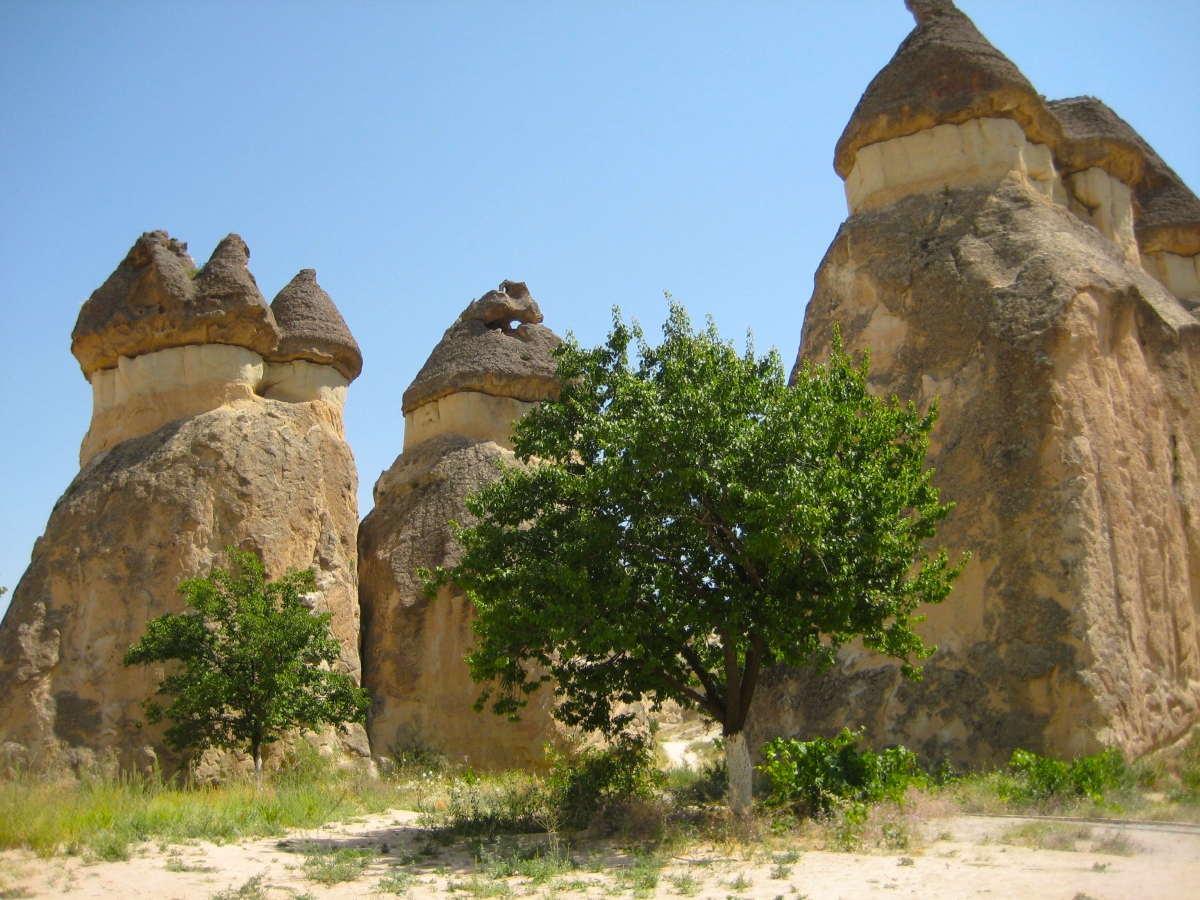 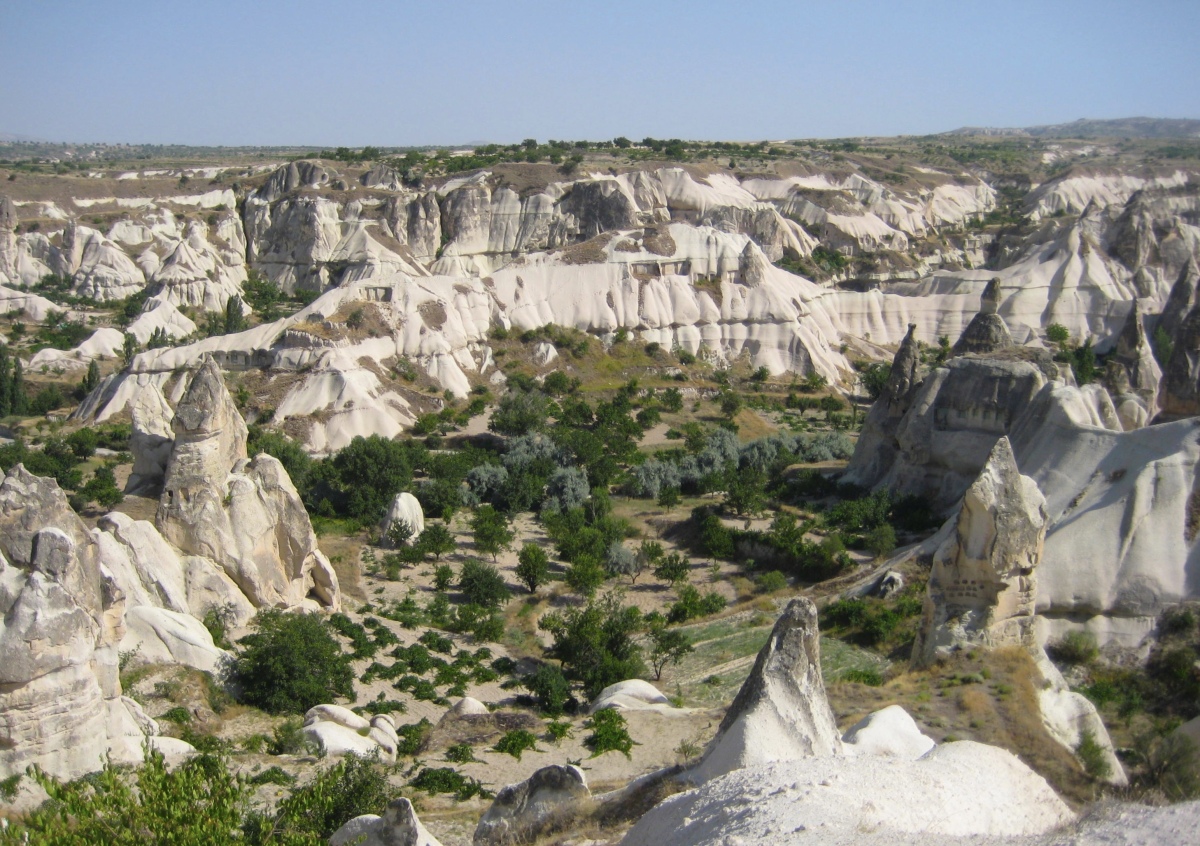 Arches National Park is mostly known for its fabulous arches, but it also has its share of hoodoos. 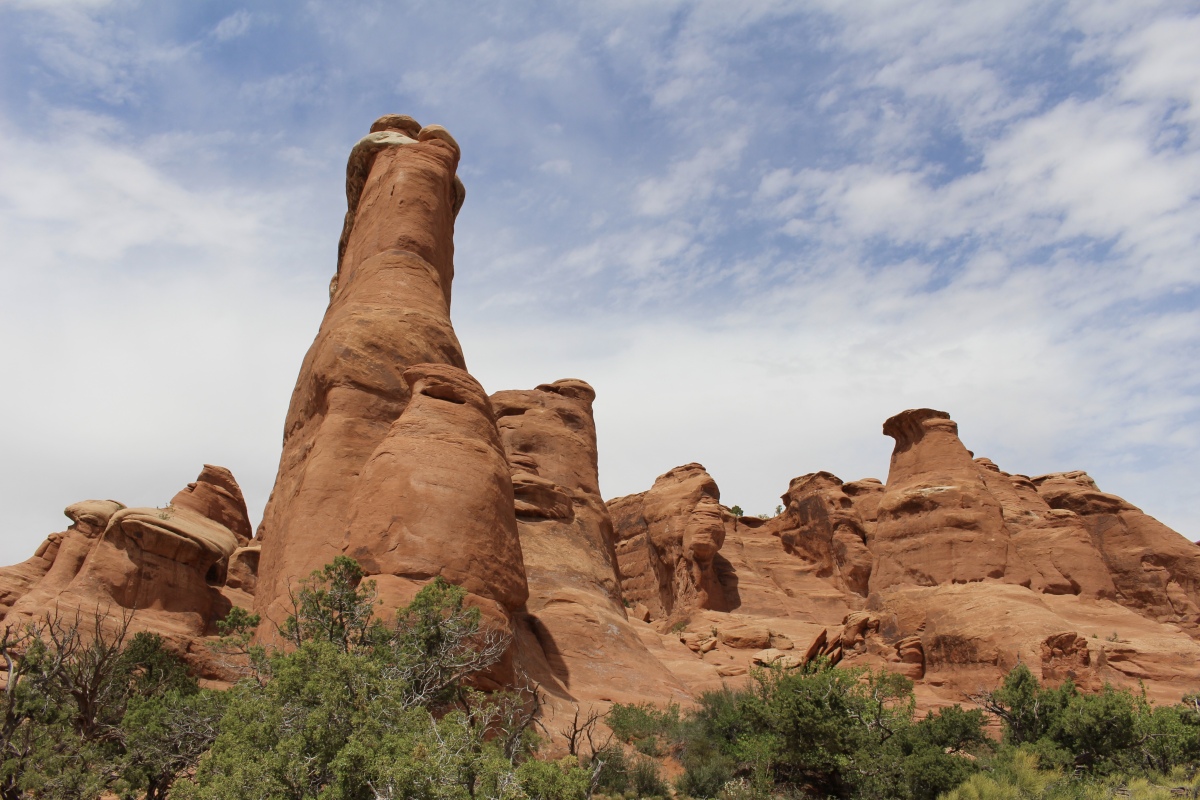 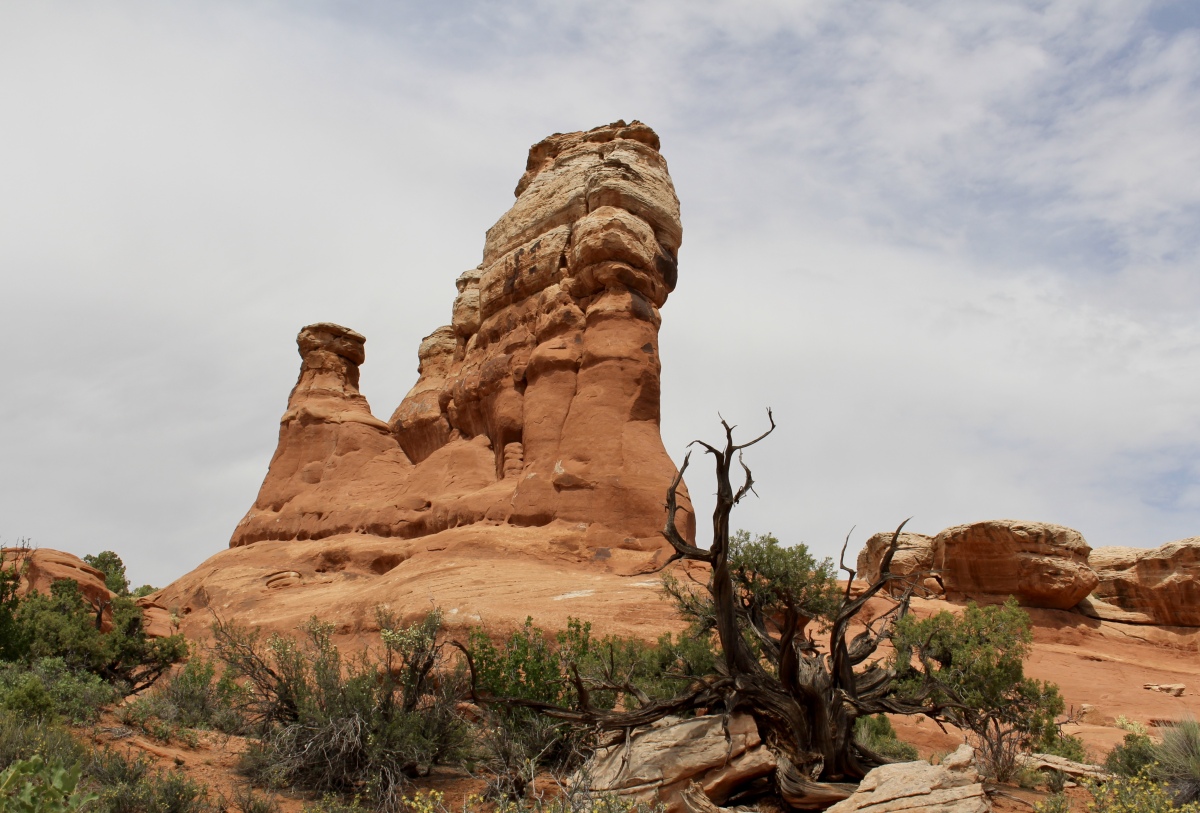 In Coal Mine Canyon near Tuba City, Arizona, I encountered a whole canyon full of rust-and-white striped hoodoos.

hoodoos in Coal Mine Canyon, Arizona 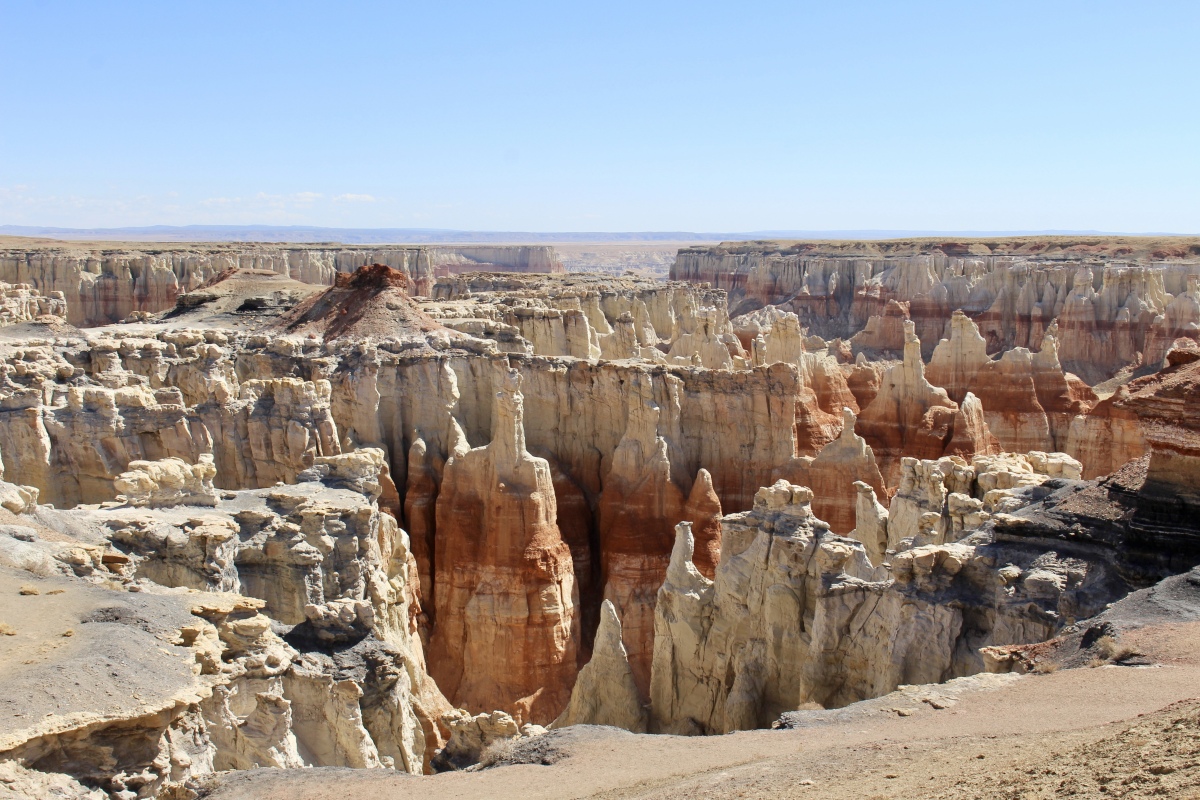 Blue Mesa at Petrified Forest National Park in Arizona is badlands area.  Badlands are found around the world, usually in arid regions where poorly consolidated rock undergoes infrequent but torrential rain. The soft rock funnels quantities of water down rills, gullies and washes, the water carrying loads of sediment away. Bentonite clay within the formation can swell up with moisture, shrinking and cracking as it dries, creating an “elephant-skin surface.” Beneath the surface, an intricate maze of natural pipes and spaces form within the badlands. Clues to this hidden natural plumbing manifests on the face of the badlands as dimples in the ground, sinks, slumps and seeps. As erosion continues, caves and natural bridges can form as the spaces are exposed. Erosion creates new features every year. 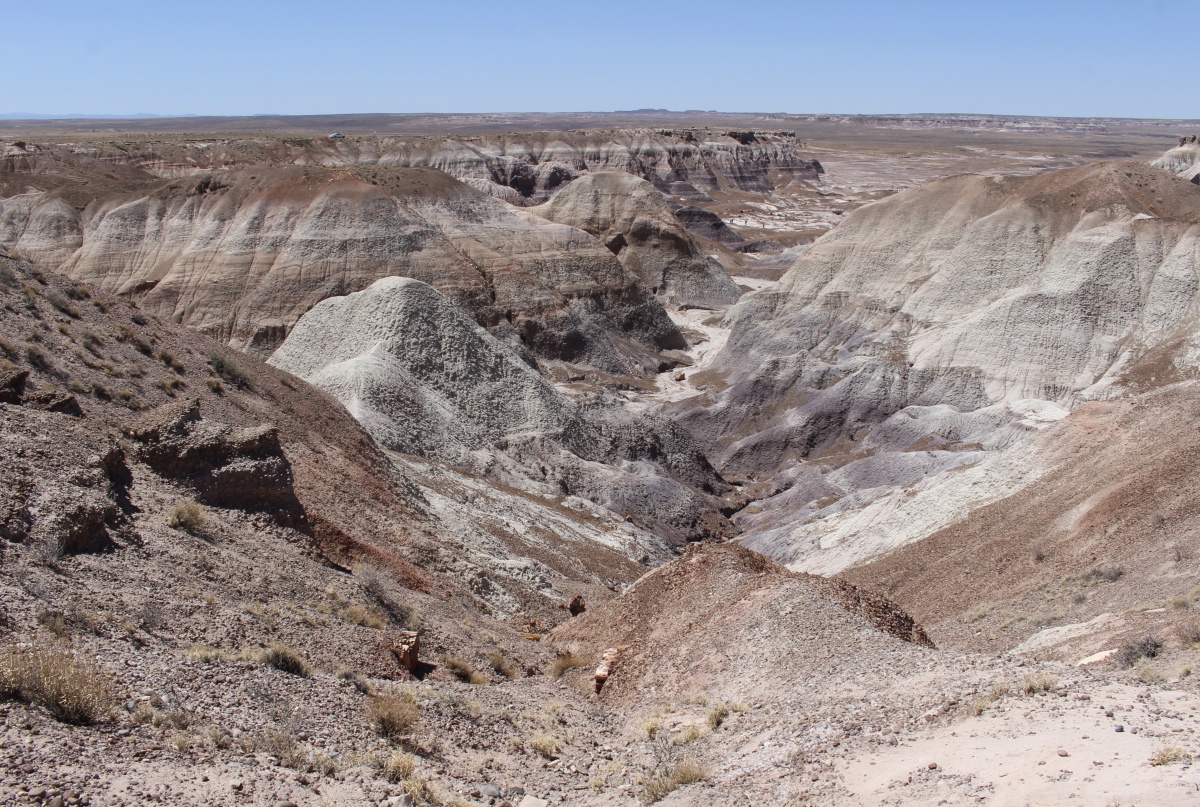 Finally, The Bisti/De-Na-Zin Wilderness in New Mexico is a rolling landscape of badlands. Time and natural elements have etched a fantasy world of strange rock formations. The weathering of the sandstone forms hoodoos – weathered rock in the form of pinnacles, spires, cap rocks, and other unusual forms. 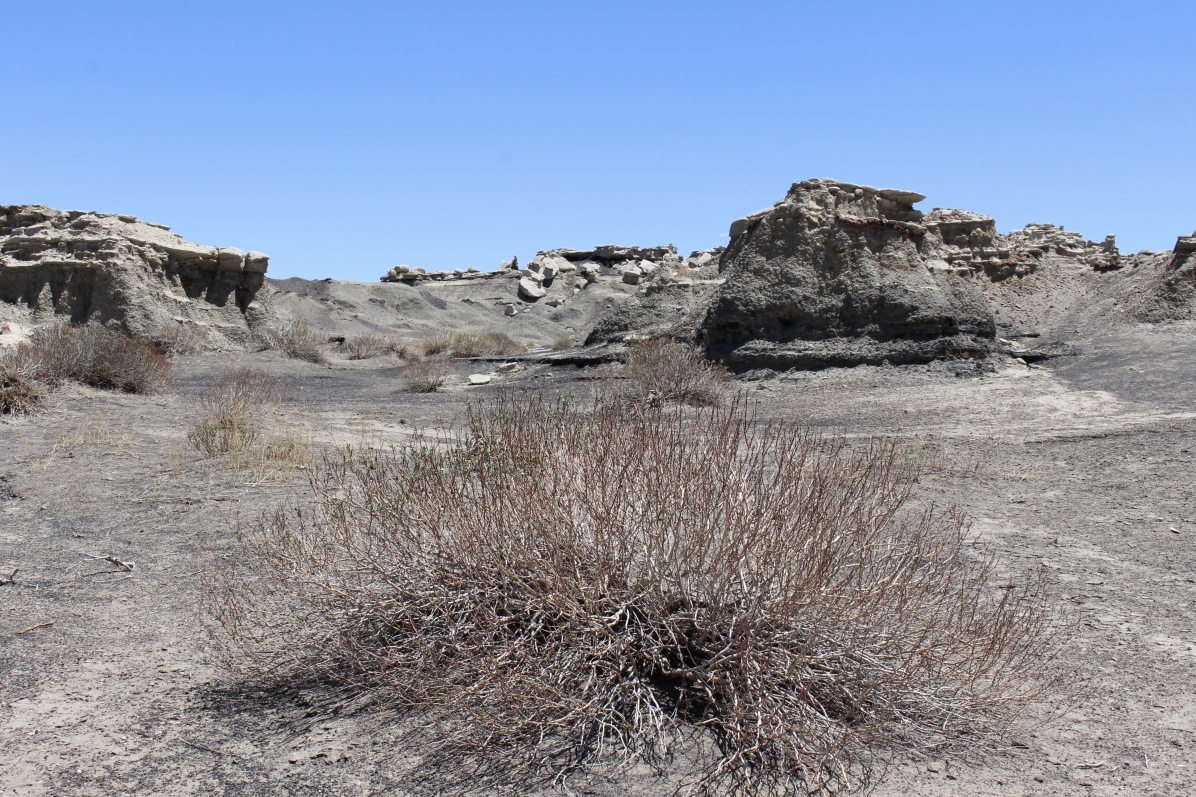 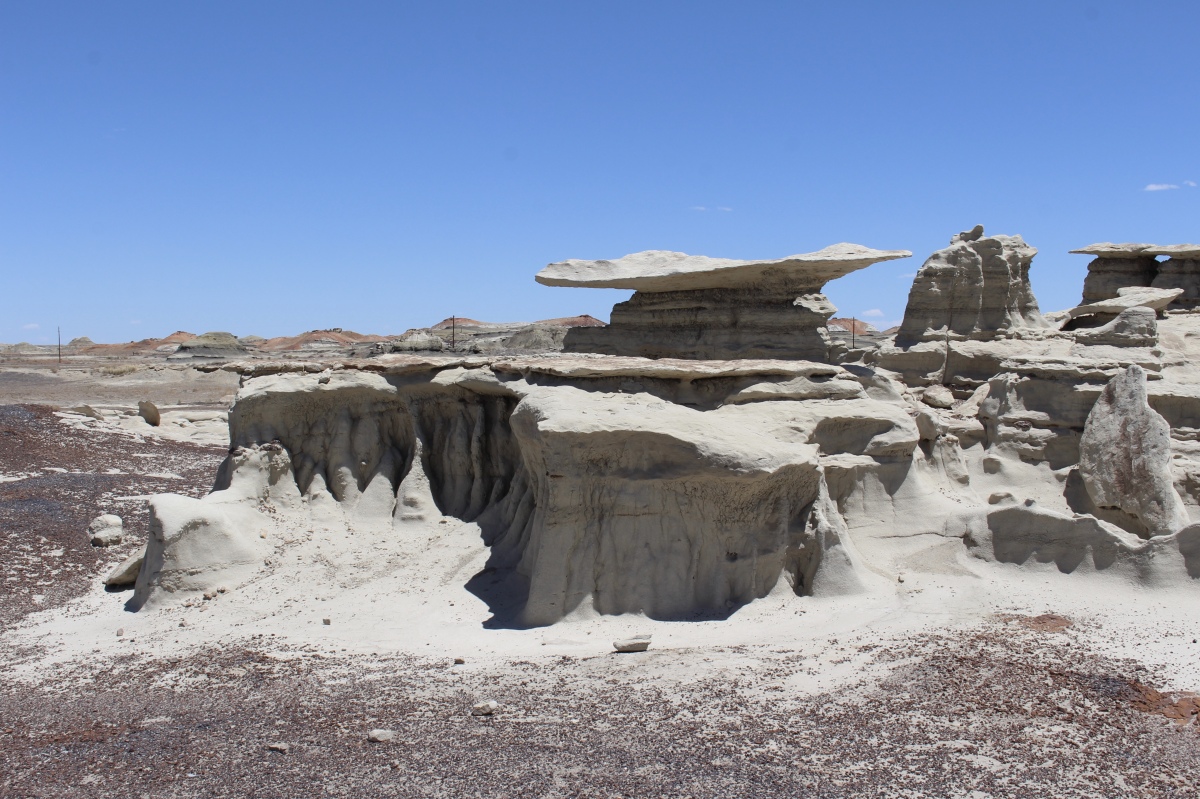 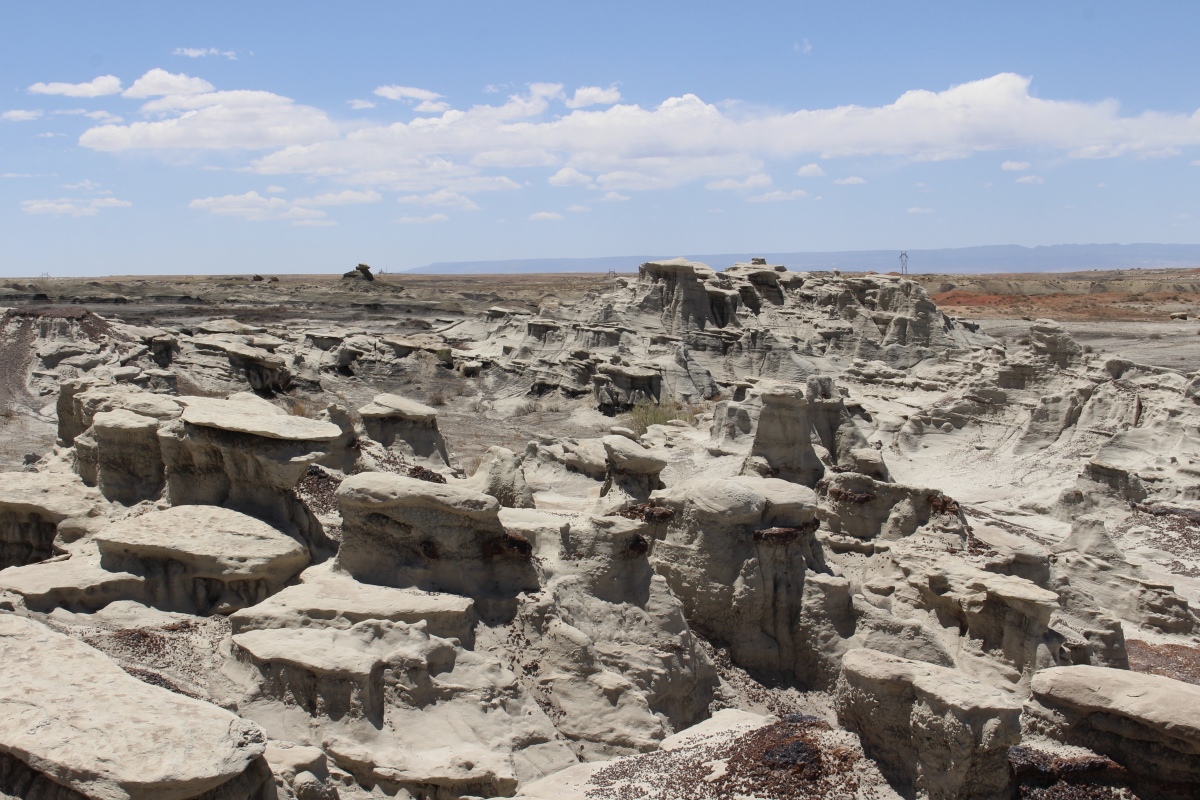 I challenge you to post no more than 20 photos (fewer is better) and to write less than 350-500 words about any travel-related photography intention you set for yourself. Include the link in the comments below by Thursday, August 30 at 1:00 p.m. EST.  When I write my scheduled post in response to this challenge on Thursday, September 6, I’ll include your links in that post. If you link after August 30, I will not be able to include your link in my next post, so please feel free to add your link to that post as soon as it publishes (since I’m leaving for the Camino on August 31).

This will be an ongoing invitation, every first and third Thursday of each month. Feel free to jump in at any time. 🙂