The Hotel Ngocmai calls a taxi for me, and through the dark, through the yellow haze we go.  I pay the hotel in advance for this taxi; I’m told the hotel pays the taxi directly.  When we get to the airport finally, the driver asks for his tip.  I look in my wallet and the smallest thing I have is a $10 bill.  I am all out of Vietnamese dong.  It’s not a problem here in Vietnam as they take dollars just as readily as dong.  I take out the $10 and ask the driver if he has change, in dollars.  He looks in his wallet and has only a few dong; not enough to give me change.   And no dollars.  I say, I’m sorry.  I can’t give you a tip unless you have change.  I am not about to give him $10 for a tip, when I’ve paid the hotel $15 already for the ride.  The taxi driver whines: My tip, my tip!  Where’s my tip?  I don’t know what to do, but I cannot afford to give him $10.  It’s mean, I know, but I tell him I’m sorry.  And then I walk away.

This bothers me the rest of the day. It still bothers me today. Should I have just given him the full $10? That didn’t feel right to me. But it didn’t feel right to leave him in the lurch either. At the time I was worried about my flight and checking in on time, etc. But later, I think, I should have gone searching in the airport for change. I feel like I committed some petty crime. If I had done this one thing right, I probably would have saved money on the rest of my trip. Because from this point on, I find myself giving bigger tips to everyone else I meet along the way as recompense to that poor taxi driver in Vietnam.

Sometimes we can embarrass ourselves by own behavior.  Believe me, I have done this many times in my life.  I did something not good and it haunts me later.  There is no shaking it.  All I can do is to try to do better next time.  That’s all we, as humans, can do. 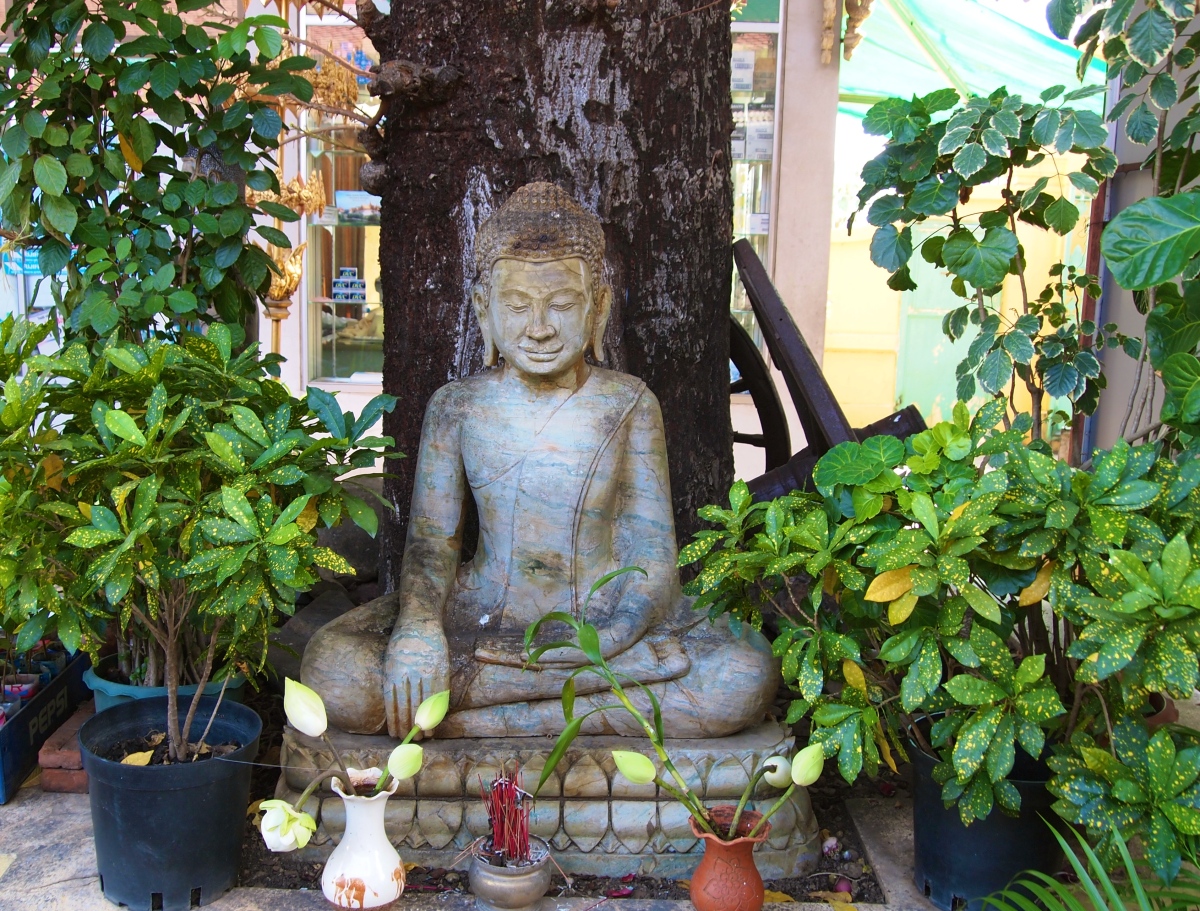 The flight is uneventful until I get to my all-time favorite airport of Guangzhou in China at 10:55.  I’m worried because I only have one hour between my flights and I know they put you through unreasonable rigmarole at that airport.  I feel relieved when I get off the plane because a woman from the airline is holding a card with my name on it and “Phnom Penh.” I say, yes, that’s me, and she ushers me to a special desk where she issues my boarding pass.  I think, it’s going to be easy!  But when she’s done she sends me through immigration after all, where the serious Chinese officials spend a great deal of time inspecting my passport and then they take it away and tell me to have a seat.  I say, Where are you going with my passport?  Of course, no one can speak English so I am left waiting and worrying what on earth could be the problem.  After what seems like a long while, they finally return with my passport, and I go back into the cold basement of the airport to wait for my 11:55 flight to Phnom Penh.

Another cramped flight with bad food, and a lot of turbulence.  I don’t often worry much when I fly, but this flight is so rough, I’m doing a lot of praying.  Finally, I arrive in Phnom Penh at 1:50 pm, where a driver from my hotel, the Villa Langka, is standing in the airport with a sign.  I walk outside and am hit by a wave of heat.  Oh, it feels so good.  After being cold and getting sick in Vietnam, I’m thrilled to be warm.  In the van, I strip off my layers and check out the streets of Phnom Penh from the airport to the hotel.

It’s a much more sedate and classy version of Vietnam. There are motorbikes aplenty, but not nearly the numbers as in Hanoi. It’s bright, colorful, cheery, but also poor and scattered with rubbish. Not in-your-face rubbish, but rubbish nonetheless.

After exploring Phnom Penh, two mornings later, I take the 8:30 Mekong Express Bus ($11) to Siem Reap.  It’s a 6-hour ride, and luckily it has a bathroom on board!  I have never encountered an on-board bathroom on any bus since I’ve been in Asia, so I’m relieved I don’t have to worry about this issue. 🙂

My bus mate is Richard, a 69-year-old Australian who was once a medical lawyer, then a nurse, and later an English teacher in Cambodia. He’s lived here on and off for years and adores Cambodia and the people. His wife Janet died of pancreatic cancer in 2009; they had been together for 5 years but only married right before she died, at her request.

Richard teaches me hello in Cambodian: sua s’dei (I hear it pronounced as sauce-a-day). Goodbye is lia suhn haoy (He tells me it’s just lee-high) and thank you is aw-kohn. He tells me that he has an apartment in Phnom Penh where he supports several Pakistani and Cambodian boys. He has put several Cambodians through college. He says he can afford it and he likes to know he’s helping to get some of them out of poverty.

Richard is a talker, so the 6 hour bus ride passes quickly. He tells me that one of the boys in the apartment is getting married. His wife, he says, is very superstitious. She thinks if she looks over the edge of a balcony, the building will collapse. Recently, she found a lump in her breast. When Richard insisted she go right away to see a doctor, she refused, saying that particular day wasn’t an auspicious one to see a doctor.

He tells how he just got a skin cancer removed from his forehead and now he’s numb on that side of his head.  He remembers that Janet used to stroke his head as he lay in her lap.  Ironically, Janet went and then the feeling in his head disappeared as well.

When I mention my upcoming trip to Kyoto in February, he tells me in great detail about a Japanese film called Departures, in which an unemployed cellist takes a job preparing the dead for funerals. He says it’s funny how the film made him weep, yet he never got emotional over Janet’s death.  He celebrates her life and feels they had an amazing love that ebbed and flowed between them.  He says Janet was the kind of person who either loved you or hated you.  There was no in-between, no neutrality with her.

As he flips through the newspaper, he reads me the local crime report which includes some burglaries and arson and destruction of property. He says the police reports in Phnom Penh very often report decapitations among the locals. He mentions that in Tunisia, protestors are demanding the ouster of the current government. 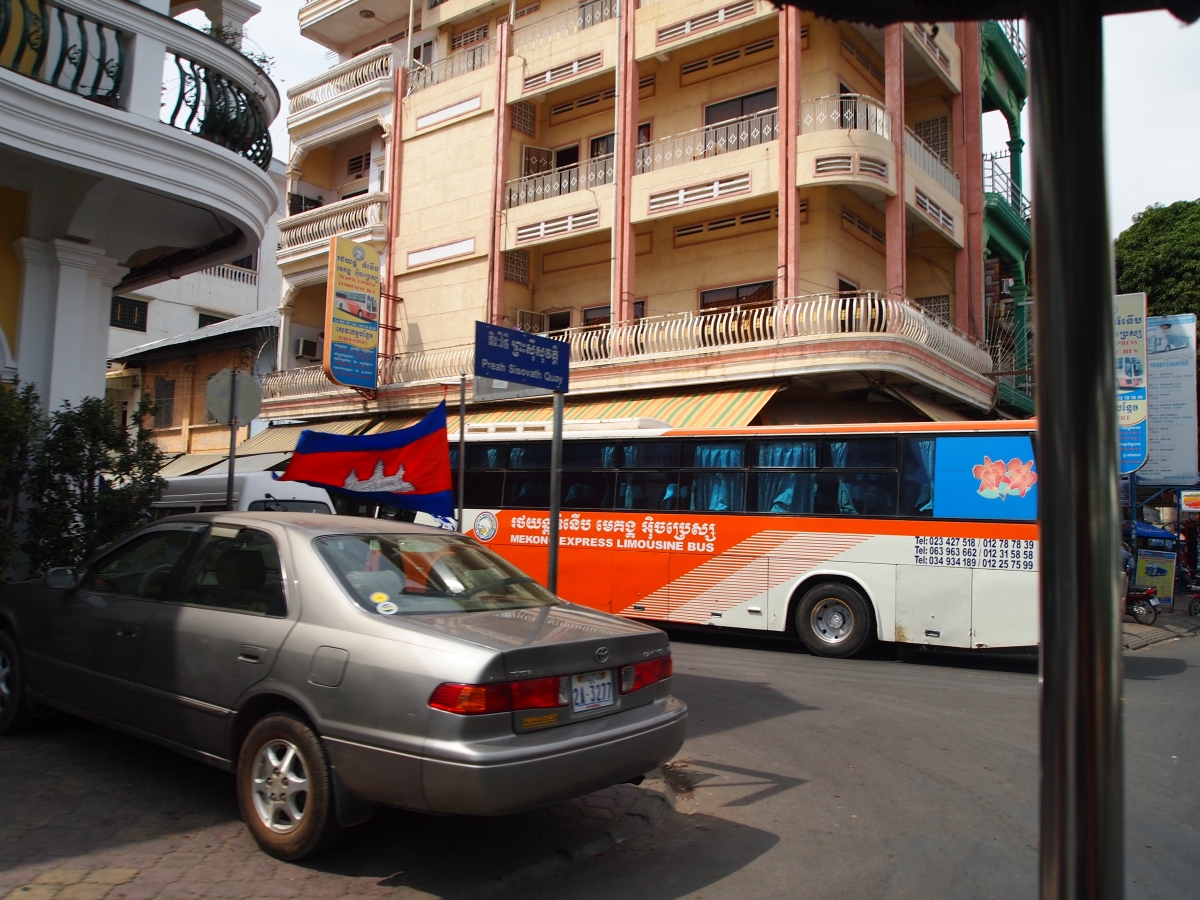 Later, we finally arrive in Siem Reap, where a young Cambodian guy picks me up in a van to take me to my hotel, Auberge Mont Royal.  In the van I meet a Cambodian couple who left for Montreal on a study-scholarship in 1971, so they luckily missed the Khmer Rouge years.  The man tells me since I’m an English teacher I should apply at the J. Prescott Academy, a school for Cambodian children in Siem Reap.

I leave from the new Siem Reap airport around 7 pm, where they charge all foreigners a $25 exit fee (!).  I’m supposed to have a 10-hour layover in my favorite airport, Guangzhou, but I’ve made no arrangements for sleeping overnight in China.  As a matter of fact, I’m just planning to sleep in the miserable airport, in a test of my own mettle.  I want to prove I can be tough. 🙂  However, when I arrive in Guangzhou, after much miscommunication with immigration, who disappears with my passport for a long time with no explanation, and with more miscommunications with the airline, I’m finally made to understand that China Southern will put us up for the night in a hotel.  We drive in a bus for what seems like an eternity out into the mysterious city of Guangzhou, China, where I share a filthy, cold, miserable room with a Korean girl for about 3 hours of sleeping, only to get back on the bus again at an ungodly hour to catch the early flight to Seoul. 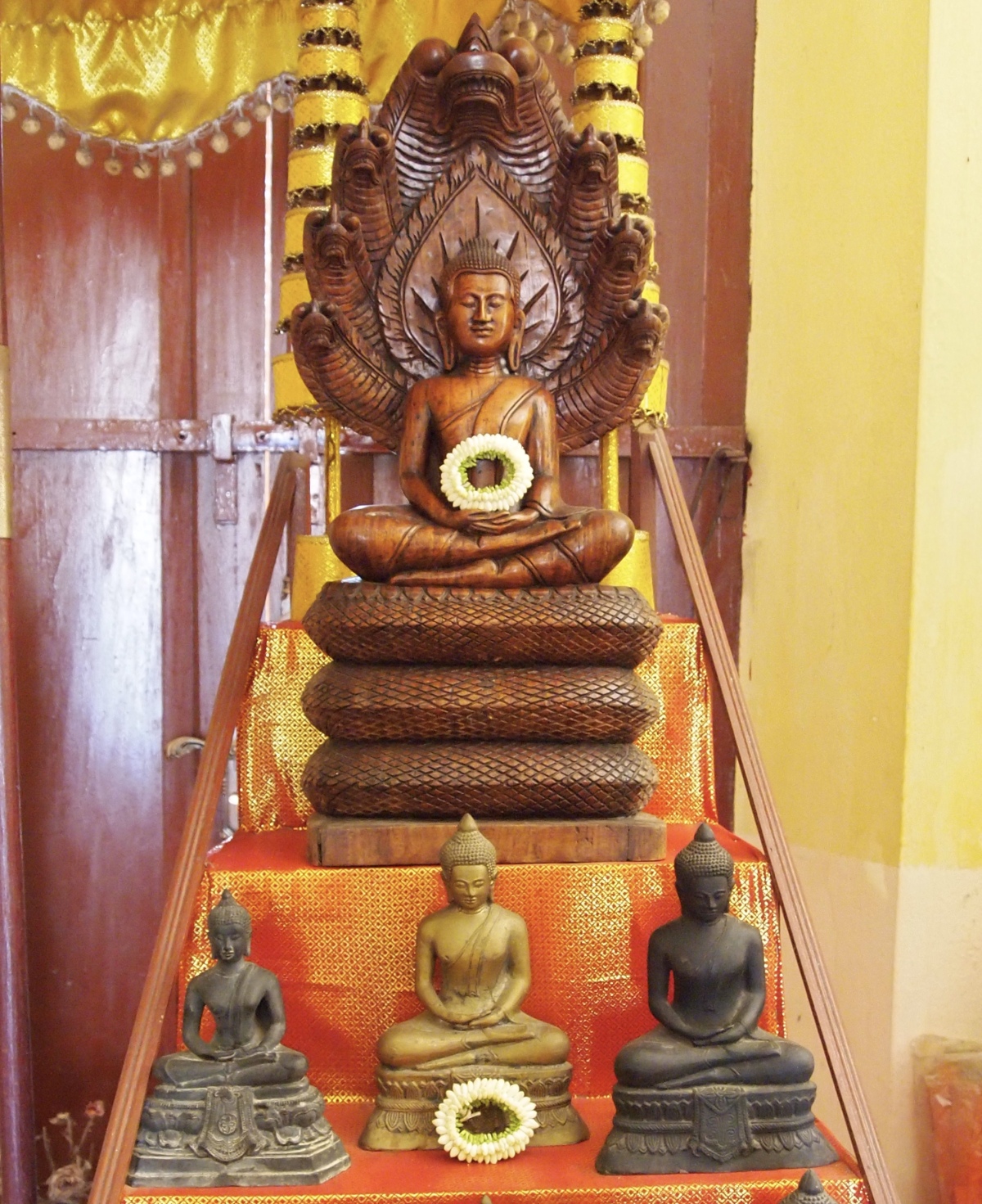 I adored Cambodia. Vietnam was fascinating and edgy. But never, NEVER, will I fly China Southern Airlines again!

Include the link in the comments below by Tuesday, December 17 at 1:00 p.m. EST.  When I write my post in response to this challenge on Wednesday, December 18, I’ll include your links in that post.

Many thanks to all of you who wrote posts about the journey. I’m inspired by all of you!