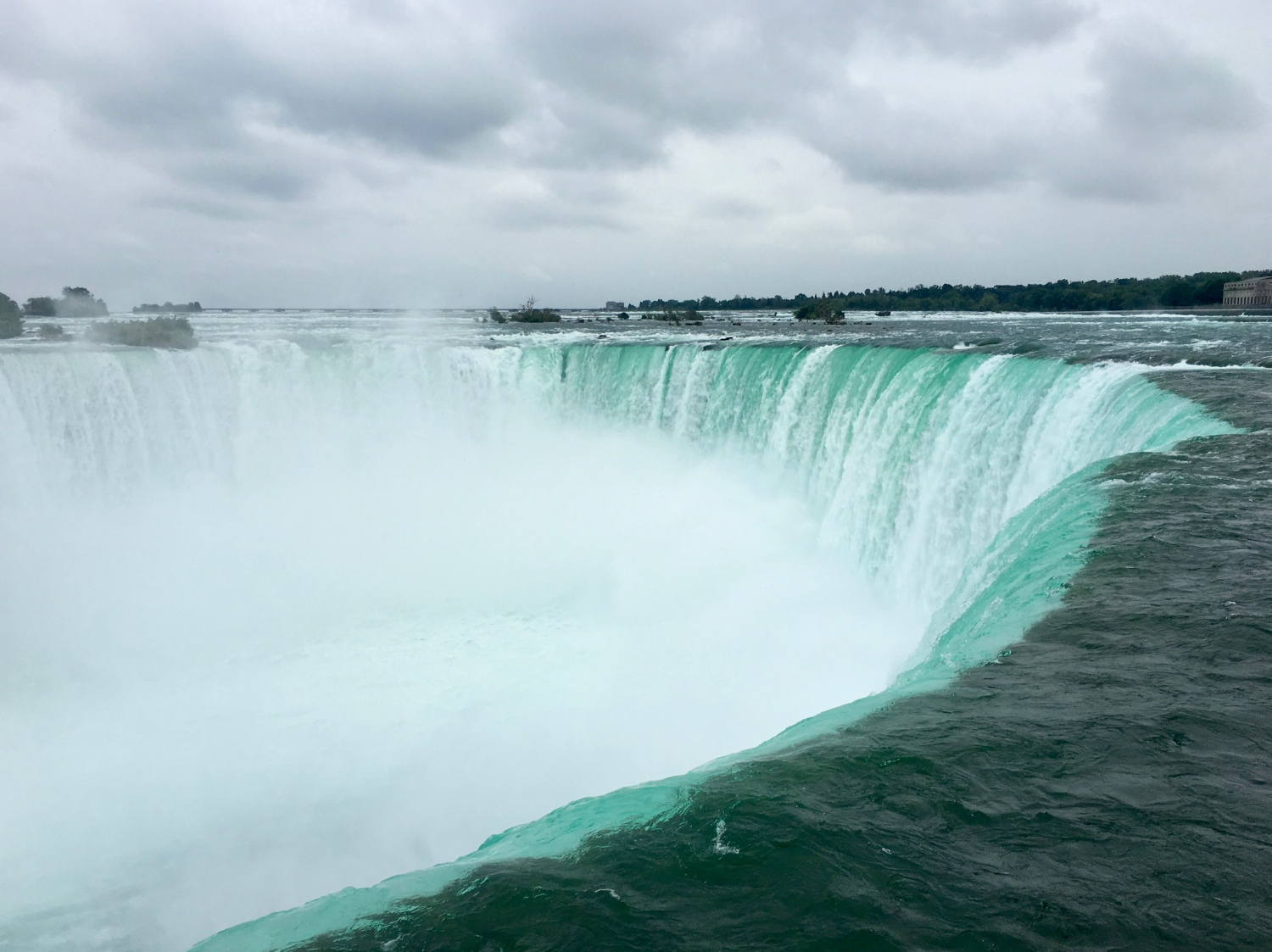 Dangers lurk in the swift-moving Niagara, in the law (or lawlessness) of the land, in the power of corporations and government to squash the little man, in the politics of hatred, grievances and blame sweeping the globe.

Still waters don’t run very deep.  Just under the surface are currents of evil, currents of greed, currents of power.  If we aren’t vigilant, they will rise to the surface, suck us under.  They will drown us all. 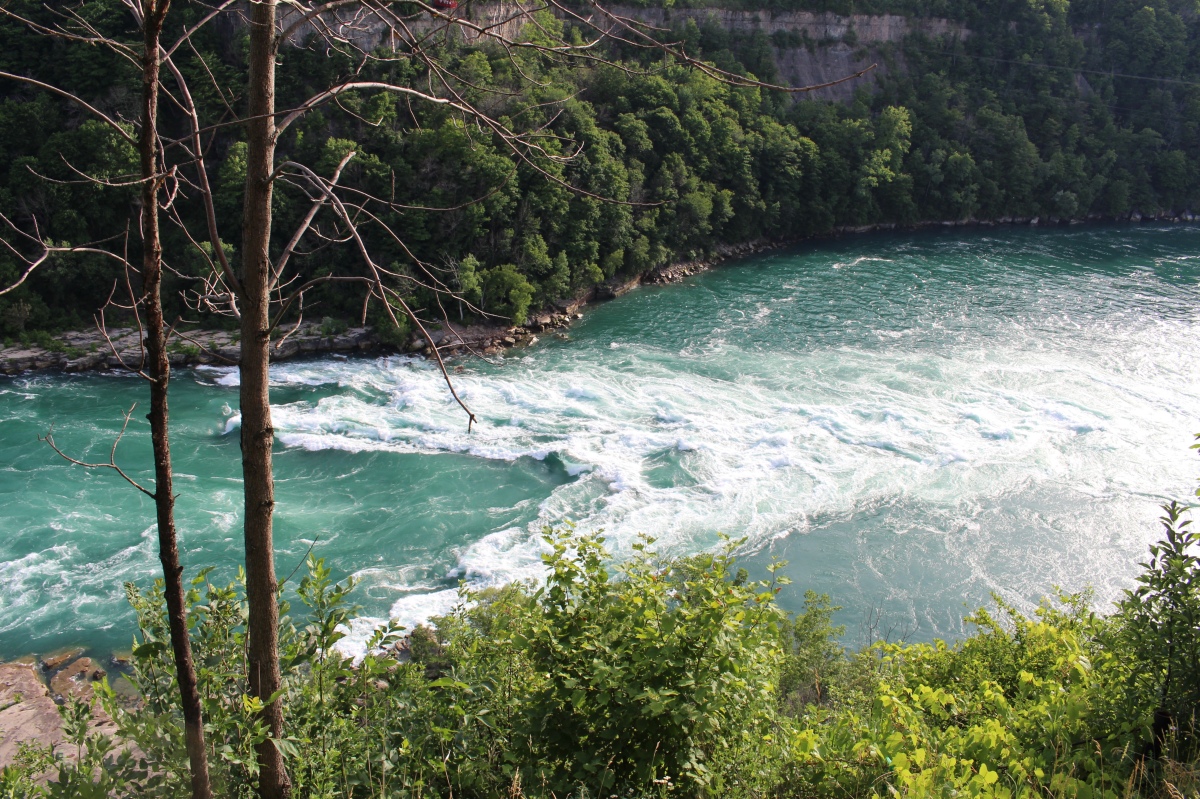 The Whirlpool at Niagara Falls

On June 25, police in Niagara Falls warned of dangerous waters after two brothers, one of whom made furniture out of driftwood, drowned in the Niagara River while trying to salvage a piece of driftwood.

“Although something is sitting on top the water and it looks nice and calm, it is not calm water,” said Police Capt. Jeff Rinaldo, in an interview with the The Buffalo News.

No, nothing is calm, not even on the surface, and certainly not under the surface.

On June 26, a 78-year-old Canadian woman’s purse was stolen while she pumped gas at the Seneca One Stop in Niagara Falls.  She had left her purse on the driver’s seat and lost her car keys, credit cards, personal effects, $500 in U.S. currency and $200 in Canadian. A tall black man was seen on the surveillance video in the store before the theft.  In these sad days, everyday routines are interrupted by thefts and mass shootings.  Incidents such as these are becoming so routine that we almost shrug them off as just another tragedy in a line of many.

Justice Anthony Kennedy, 81, announced he would retire, meaning Trump could appoint a justice loyal to him.  The bully wants loyalists at all costs.  Shall we all wear MAGA hats and bow down to the wanna-be king? Shall we start doing the Nazi salute, like the brainwashed Germans before World War II?

The Supreme Court voted 5-4 to uphold Trump’s Travel Ban. Muslims continue to be battered, as if they are 2nd class citizens. A dear friend of mine, an American citizen, who converted to Islam years ago, has decided America is no longer for her; luckily she married someone from Canada and is now transitioning to becoming a Canadian citizen. Why are we turning our back on people of different faiths? Why are we turning our backs on our rich culture of diversity?

The Supreme Court ruled public unions could no longer collect fees from nonmembers – this has major implications for the future of organized labor.  Unions brace for the loss of members and fees in the wake of this ruling. Working class people had better prepare themselves for a deterioration in their working conditions and their pay.  Who will advocate for them?

Meanwhile, the Niagara River rushes headlong over cliffs, thundering and churning, carrying anything, and anyone, caught up in its currents. Will we all be pulled eventually into the maelstrom of hatred and nationalism and white supremacy that is sure to be our downfall?  Or will we pull ourselves out of the political current, dry ourselves off, shake our heads in shame, and get to work loving our fellow man regardless of race, faith, sexual orientation, or political leanings?  Will we have sympathy for the poor, people who are struggling with drug and alcohol addiction, people who seek asylum, those who seek everyday lives free of violence? 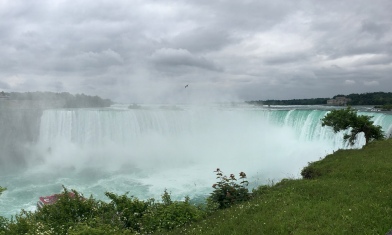 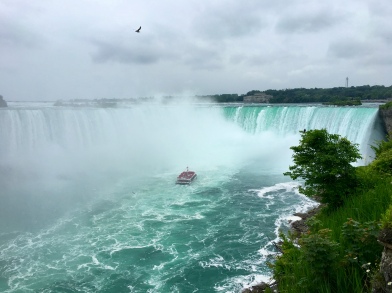 “PROSE” INVITATION: I invite you to write up to a post on your own blog about a recently visited particular destination (not journeys in general). Concentrate on any intention you set for your prose.  In this case, one of my intentions for my trip to Niagara Falls was to pick out a newspaper headline each morning and freewrite about how the idea of it relates to any part of my journey.

Include the link in the comments below by Monday, December 10 at 1:00 p.m. EST.  When I write my post in response to this invitation on Tuesday, December 11, I’ll include your links in that post.