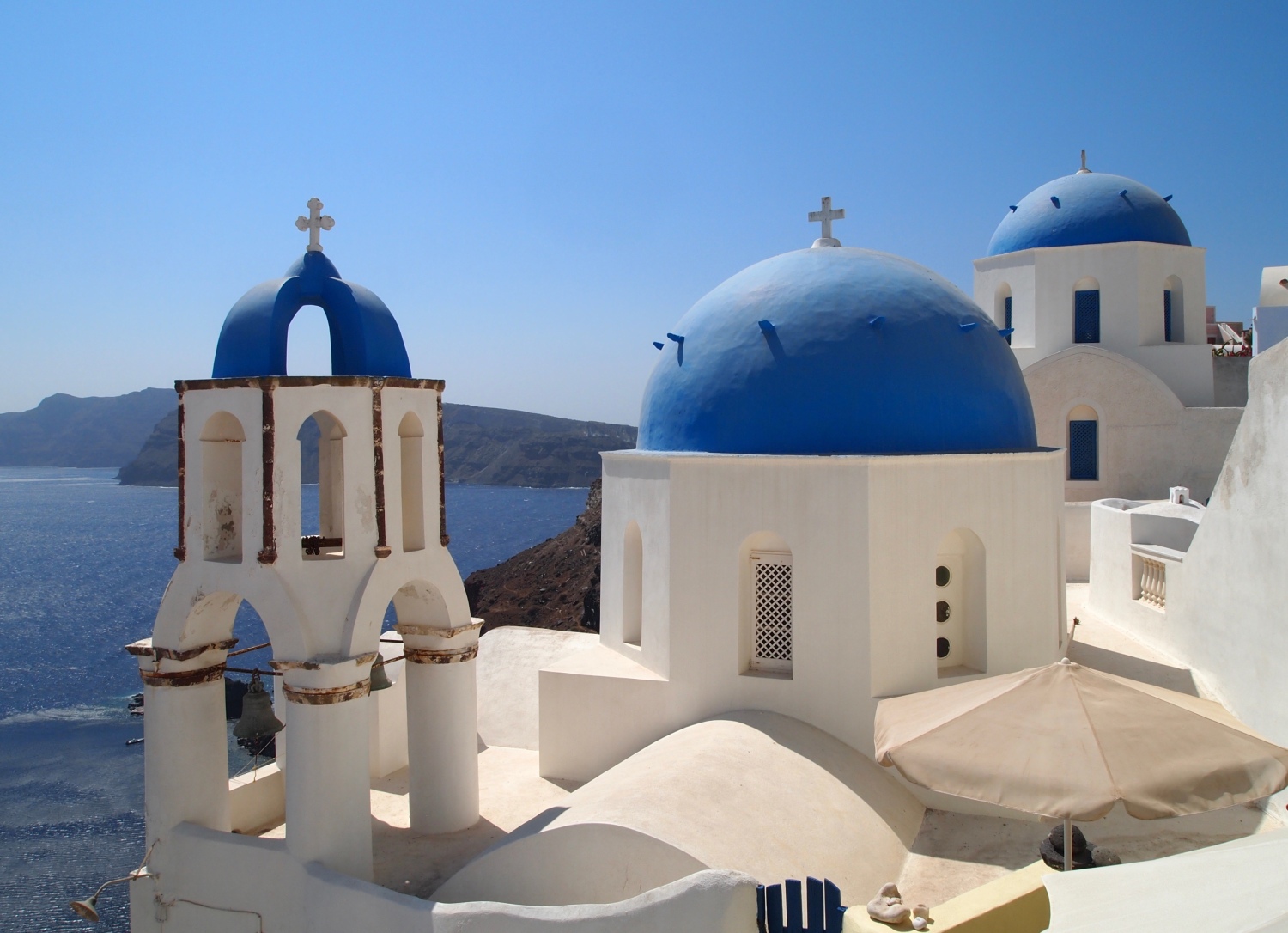 I was called to Greece by ruins and antiquities, by the Acropolis and its Parthenon, or “virgin’s apartment.” By columns carved into shapes of caryatids.  By the religious and spiritual center of the ancient Greek world, Delphi, used for the worship of Apollo.  By the siren song of Greek gods and goddesses – Athena, Apollo, & Poseidon – and superhuman people – Lapiths, Centaurs, Athenians, Amazons and Giants.

I was called to Greece by Greek Orthodox churches – their mosaics, blue domed rooftops, and church bells –  and pagan temples. By mosques topped by minarets, vestiges of Ottoman occupiers of Crete.

I was called to Greece by Greek writers of drama and comedy – Sophocles, Euripides, and Aristophanes – and the theaters in which their plays came to life.

I was called to Greece by photos of whitewashed villages spilling down volcanic calderas, by royal blue domes mirroring the impossibly blue Mediterranean, by active volcanoes, by ferries scooting across the sea, by colorful wrought iron, by windmills and dreamy coves and beaches.

I was called to Greece by its thousands of islands sprinkled throughout four seas: the Aegean, the Ionian, the Cretan and the Mediterranean.

I was called to Greece by Meteora monasteries perched at the tops of columns of rocks.

I was called to Greece by virtue of its being the cradle of Western civilization, the birthplace of democracy, Western philosophy, Western literature, political science, major scientific and mathematical principles, and Western drama, as well as the Olympic Games.  At the same time, I was called by its graffiti, sometimes called “Protest Art,” brought about economic crisis and austerity measures of 2012.

I was called to Greece for the blending of ancient and modern, for its convoluted and tortured history and its stunning beauty. 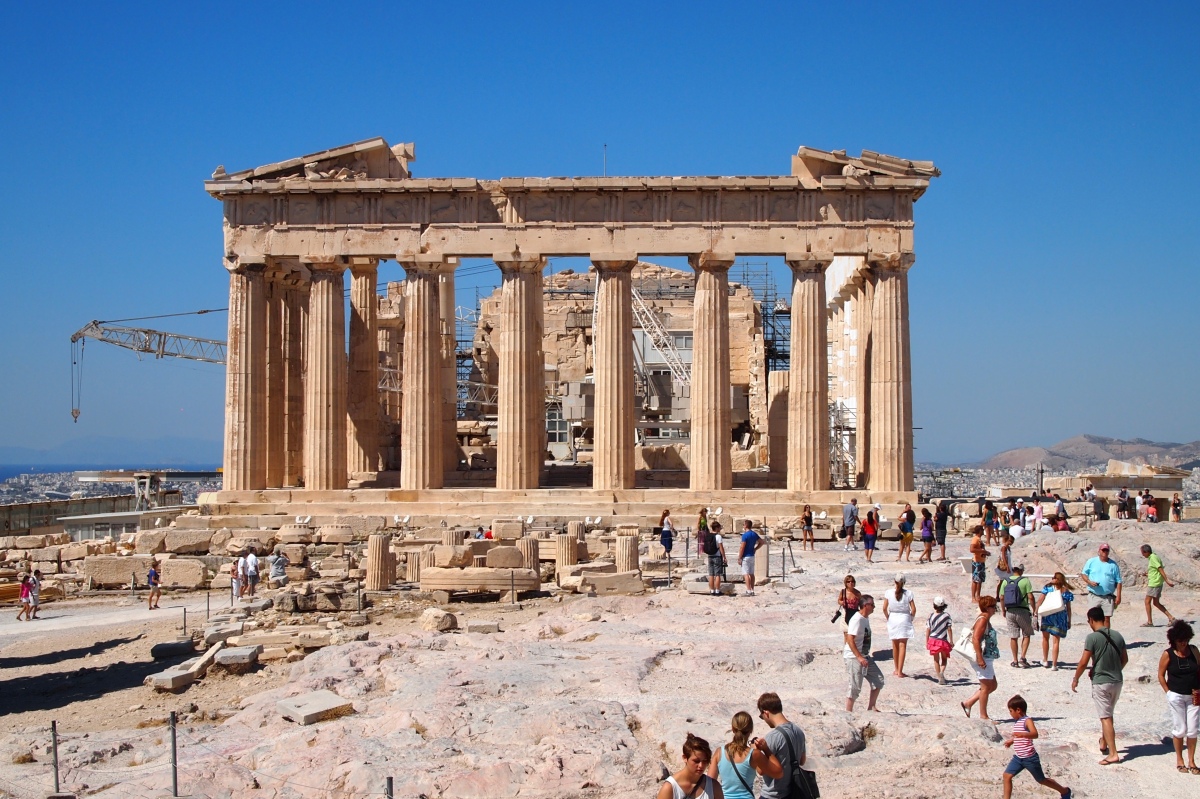 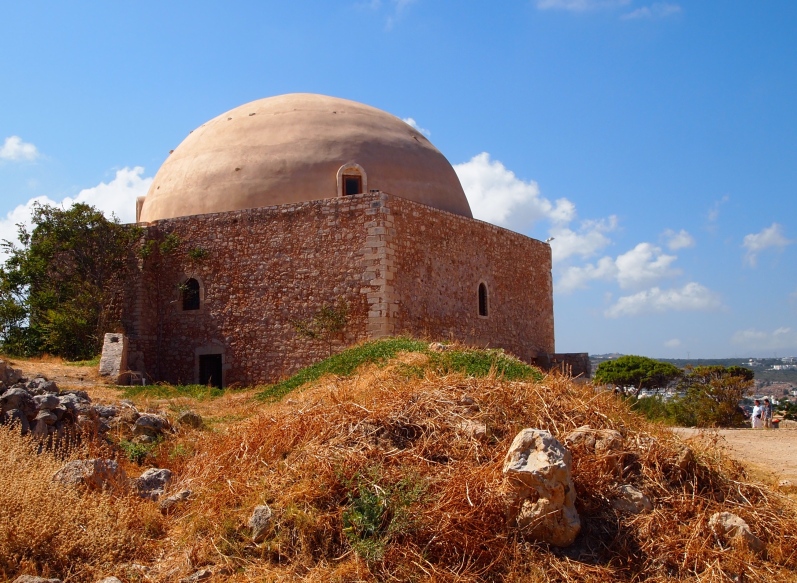 Ottoman Mosque of the Sultan Ibrahim Han on Crete 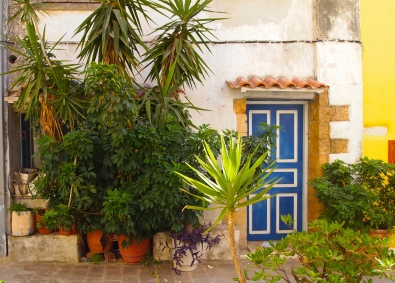 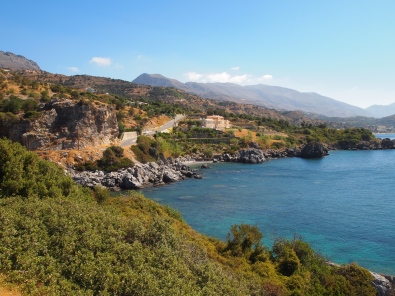 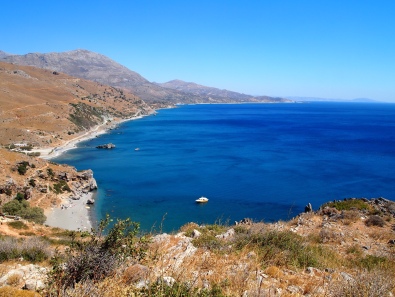 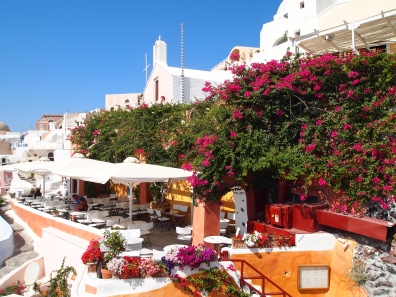 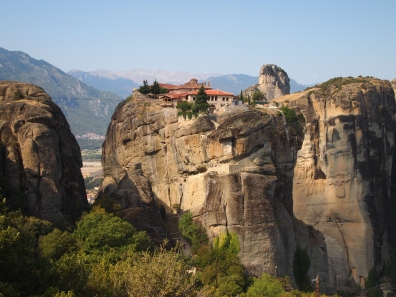 In June of 2010, my yearning for Greece came into sharp focus after I read the novel Three Junes by Julia Glass. From Amazon.com:

“In June of 1989 Paul McLeod, a newspaper publisher and recent widower, travels to Greece, where he falls for a young American artist and reflects on the complicated truth about his marriage… Six years later, again in June, Paul’s death draws his three grown sons and their families back to their ancestral home.  Fenno, the eldest, a wry, introspective gay man, narrates the events of this unforeseen reunion. Four years later, in yet another June, a chance meeting on the Long Island shore brings Fenno together with Fern Olitsky, the artist who once captivated his father. Now pregnant, Fern must weigh her guilt about the past against her wishes for the future and decide what family means to her.”

I was living in Korea and starting to think about my summer vacation.  At that time I was trying to choose between Turkey, Greece and Italy.  I would have gone to Greece if my daughter Sarah had been able to go along with me.  Since she couldn’t, I settled on Turkey.  I didn’t end up going to Greece until September of 2012. 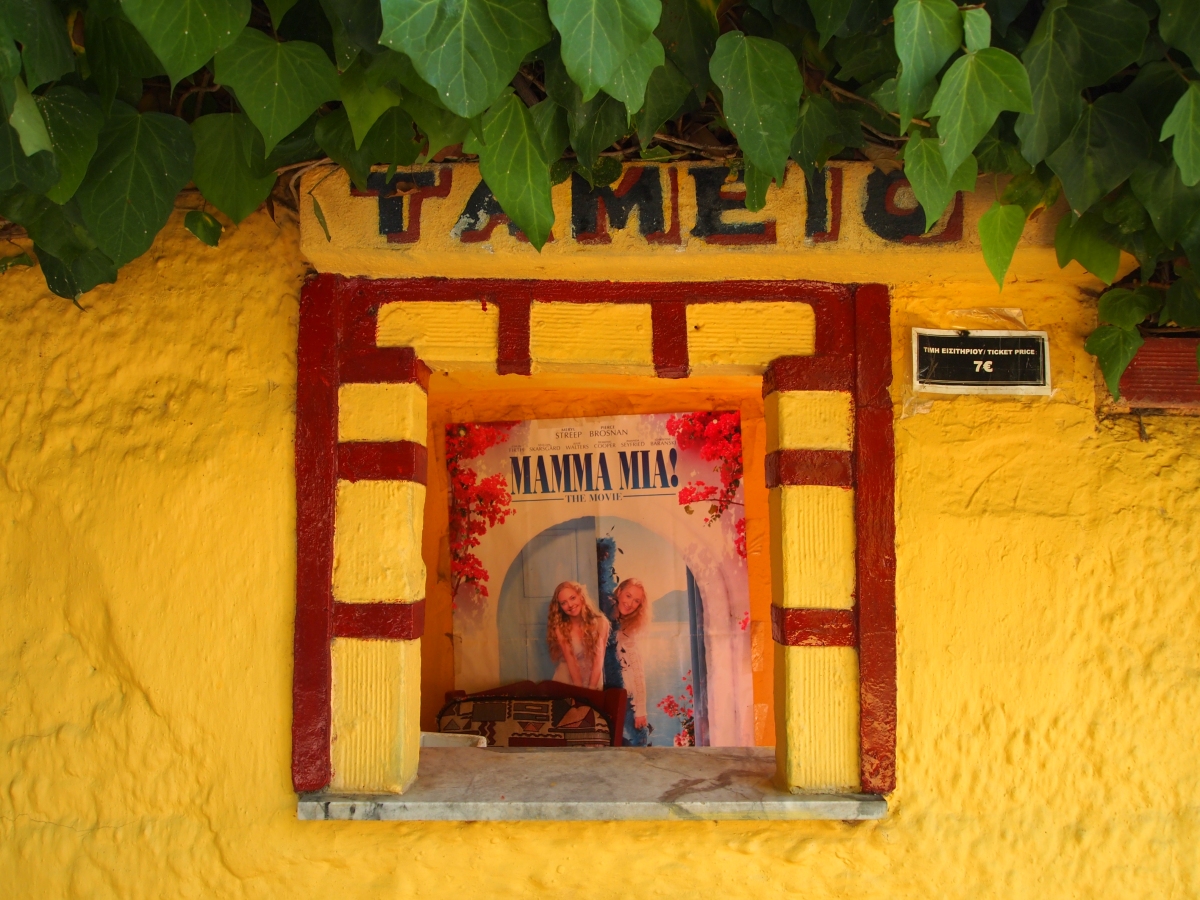 While living in Oman in December 2011, my friend Sandy brought the movie Mama Mia! (2008) when she came from Britain to Nizwa to visit her husband Malcolm, my colleague at the university.  From IMDb:

“Set on a colorful Greek island, the plot serves as a background for a wealth of ABBA songs. A young woman (Amanda Seyfried) about to be married discovers that any one of three men could be her father. She invites all three to the wedding without telling her mother, Donna (Meryl Streep), who was once the lead singer of Donna and the Dynamos. In the meantime, Donna has invited her backup singers, Rosie and Tanya.”

This movie is so beautifully filmed and makes Greece look so enticing, I couldn’t help but be inspired to visit!  When Meryl Streep, wearing a gorgeous dress with a gauzy red scarf, sings “The Winner Takes It all” to Pierce Brosnan, running dramatically up the steps of a rocky island, I can’t help but get all choked up.  Sometimes when I hear this song, so sad, I weep….

The winner takes it all, the loser has to fall,
It’s simple and it’s plain, why should I complain.

But tell me, does she kiss like I used to kiss you,
Does it feel the same when she calls your name.
Somewhere deep inside you must know I miss you,
But what can I say, rules must be obeyed.
The judges will decide the likes of me abide,
Spectators of the show always staying low.

The game is on again, a lover or a friend,
A big thing or a small, the winner takes it all.

Even after I spending two weeks in Greece in 2012, I still yearn to return one day.  Since visiting Crete and Santorini, I have often dreamed of having an apartment on a Greek island.  It may never happen, but the call is there, an idea weaving itself through my imagination.

Include the link in the comments below by Wednesday, December 26 at 1:00 p.m. EST.

This will be an ongoing invitation, on the fourth Thursday of each month. Feel free to jump in at any time. 🙂