I began the new year with hopes of going to Ecuador in July, so I started reading Lonely Planet Ecuador & the Galápagos Islands and another little brochure (This is Ecuador: The Most Complete Guide to Ecuador Since 1968, dated December 2018) that somehow made its way to me. 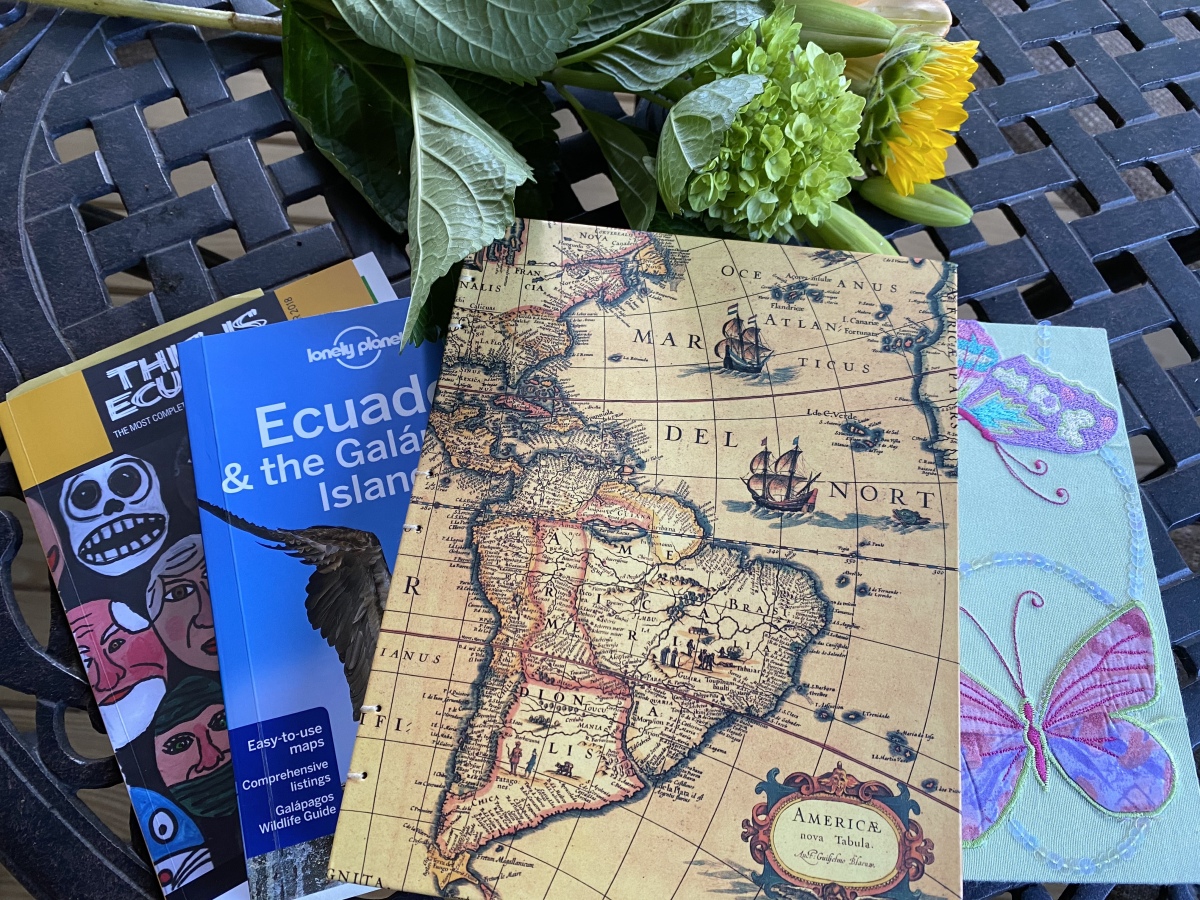 Lonely Planet guide to Ecuador & the Galápagos Islands, along with two journals

Since I was hoping to “live like a local,” I started a Spanish class at the end of January.  I’m embarrassed to say that I studied Spanish for four years in high school. I had rarely used it, so I didn’t remember much of anything. Thus I started all over at the beginning, at level 100. We started in-person classes, but due to the pandemic, we had to meet online for the remaining courses. The virtual classes haven’t been much fun.  I was never crazy about the teacher, who I felt could have given us a lot more practice time. She is also terrible about keeping the class on track.  We had our last class for level 200 this past Wednesday, and I’ve decided I will try to study on my own because I hate the Zoom classes.  Whenever I am able to go to Ecuador, I hope to take immersion classes in Quito.

For my class, I had to do a Power Point presentation about “Music of Ecuador,” so I learned about the country’s traditional music including pasillo, pasacalle, yarabi, marimba, bomba, and Sanjuanito.  I also learned about some Indie rock groups, including Da Pawn and La Máquina Camaleön, both of which I love. I created a short playlist on Spotify: ecuadorian music, which I’ll add to over the coming months.

I found an article that I also read for ideas: culture trip: 12 Amazing Things You Didn’t Know About Ecuador.

Of course, I always love to read books set in my destination, so I read some of the books below (indicated with stars and ratings).  Others are suggested reading; since I can’t go to Ecuador this year, maybe I can read some of the others. 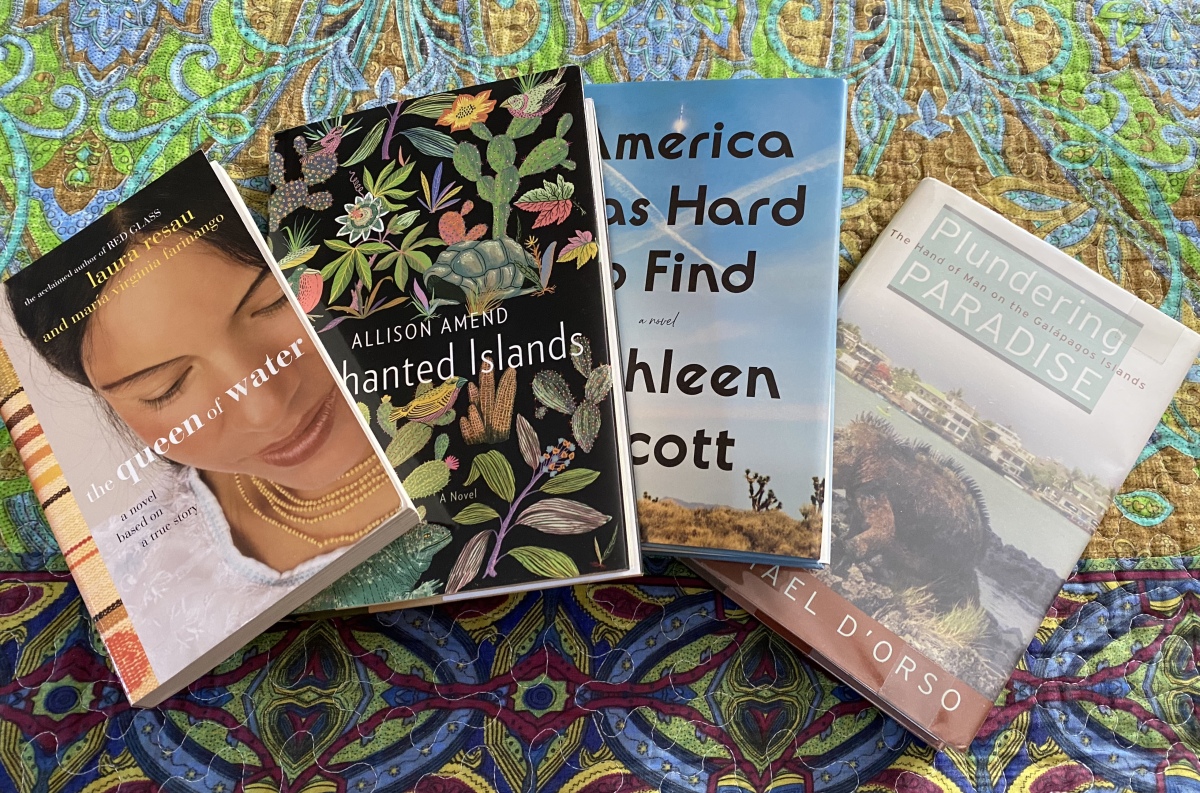 I found movies set in Ecuador, but sadly I haven’t seen any of them.  Hopefully, I can find some of these in the coming months.

After having read more about Ecuador, I am no longer certain about my plan to stay only in Quito for a month.  Now, I want to go to Cuenca (both Quito and Cuenca are UNESCO World Heritage Sites).  I would also love to go to Guayaquil, and possibly from there to the Galápagos Islands. Originally, I didn’t think I’d have an interest in going there, but now that I’ve read about it, maybe I will have to visit.

I’m not sure when I’ll be able to go, but I am certain that someday, this pandemic will come to an end, and we’ll all be able to travel again.

I prepared one journal, and depending on how long I end up staying, it’s possible I’ll use two or three. 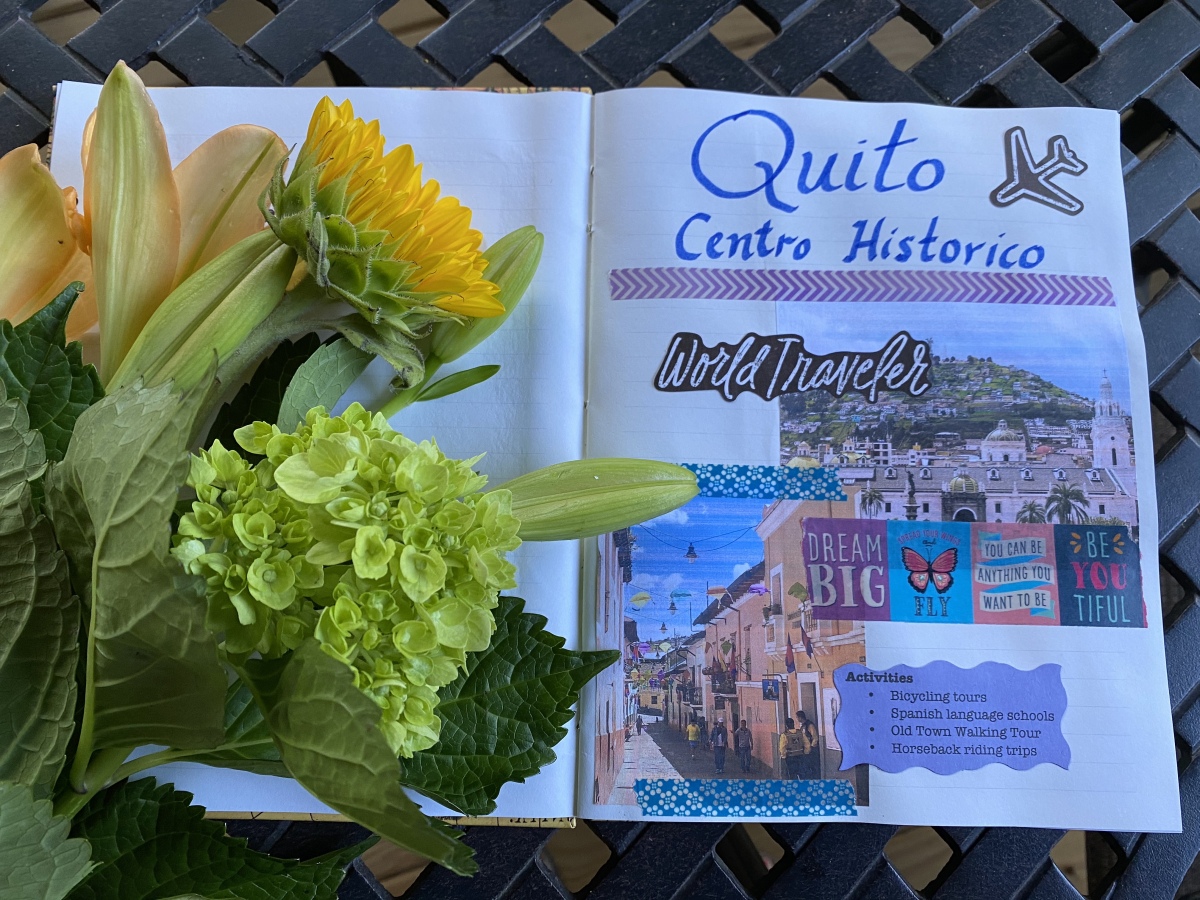 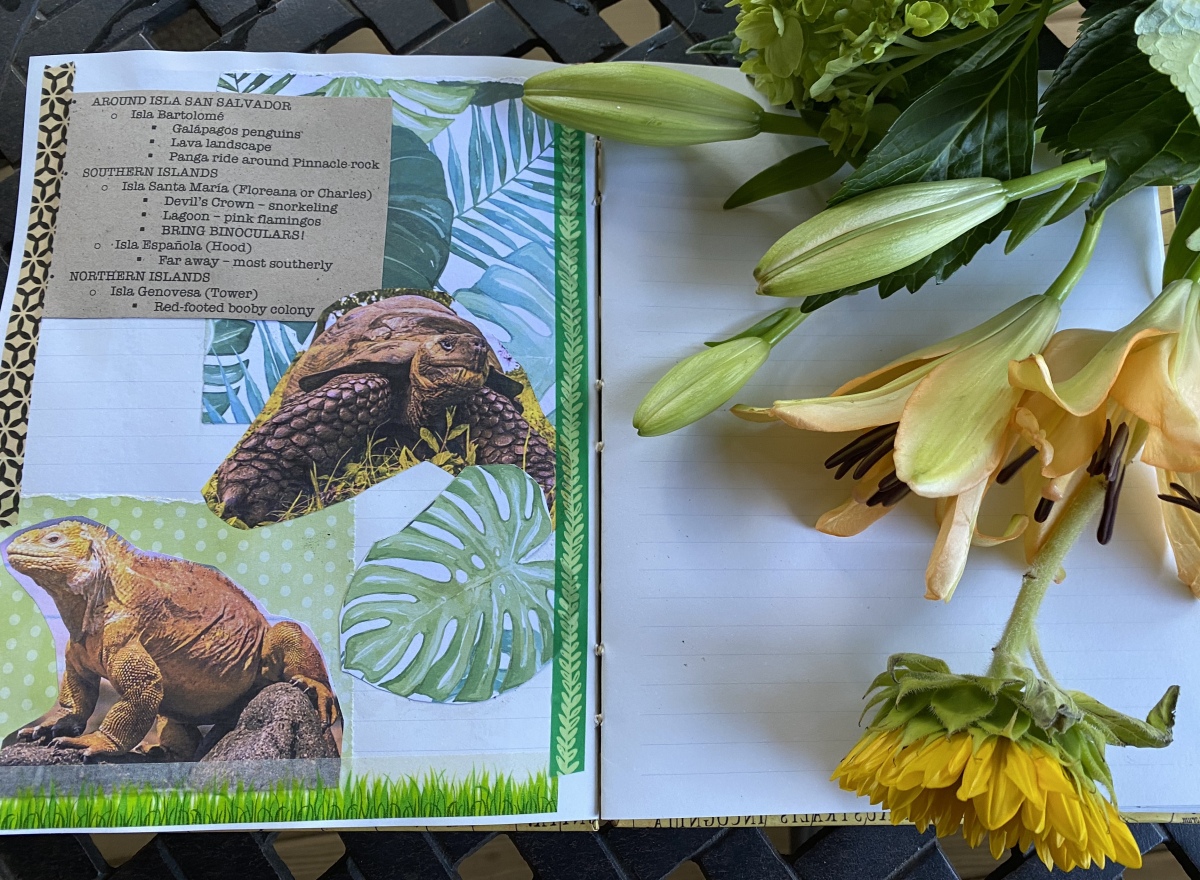 As always, I created some intentions for my travels.

I still hope to go in July of either 2021 or 2022.  My friend Jayne in Jersey, England has said she wants me to come to her 60th birthday next July, which would mean I’d plan to travel somewhere in Europe (assuming Americans are allowed there!).  That would put my trip back another year.  Someday, I hope! 🙂

All about Travel, Photography and Life.