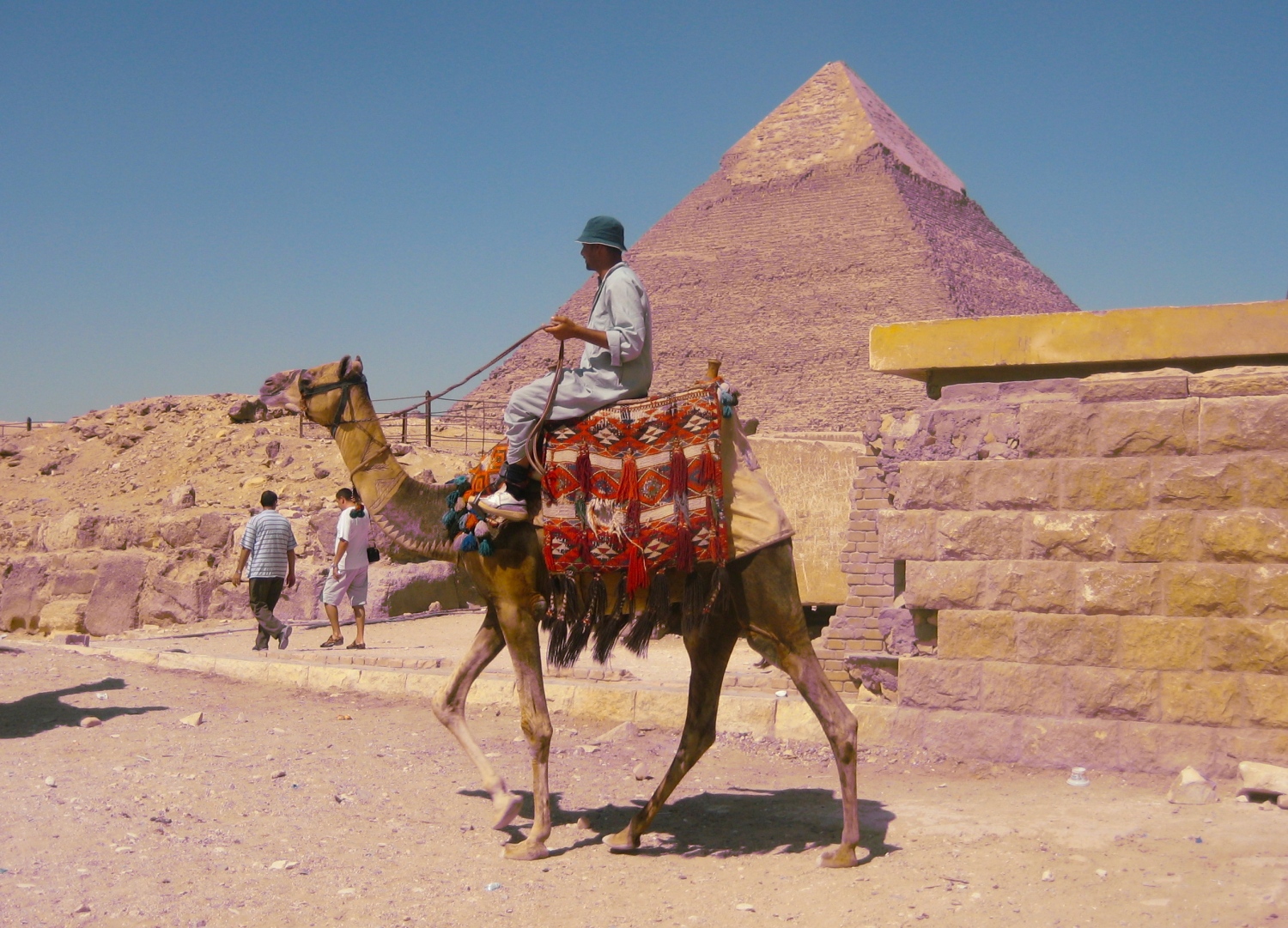 It was May of 2007.  I had just completed one year of my two-year Master’s Degree in International Commerce & Policy at George Mason University.  During this first year, I had come to form in my mind the dream of working in the Middle East when I completed my Master’s degree in May of 2008.  My dream was to get a job working on economic or human development issues, especially democracy building, women’s empowerment or freedom of the press, in the Middle East.

Before beginning my Master’s, I had studied Arabic from the fall of 2005 through fall semester of 2006 (3 semesters) at Northern Virginia Community College, and was curious to learn more of the language.  One of my classmates at George Mason, who had been trying on Islam for size, had heard about a 1-month intensive Arabic class, in July of 2007, at Al-Azhar University under the auspices of a group in America called Al-Ameen Associates.

me at Al-Azhar University in July 2007

According to the Al-Ameen website “Al-Ameen Associates was established by Dr. James E. Jones and Matiniah Yahya M.Ed. in 1994 to provide high-quality consultation, education and counseling services.” Also, according to their website: “Dr. Jones is a professor of Comparative Religion at The Graduate School of Islamic and Social Sciences and an Associate Professor of World Religion at Manhattanville College. He has a M.A. from Yale Divinity School and a D.Min. from Hartford Seminary. Dr. Jones is the Director of the Al-Azhar Arabic Summer Immersion Program. Matiniah Yahya is a certified teacher with a Masters in elementary education and over two decades of experience as an educator.”

We would be staying in Muquttum, a suburb of Cairo. All I had to go on was the description of Muqattum from the Al-Ameen website:

“Housing is located in Muqattum which is outside downtown Cairo in a residential area. The area is quiet and it sits on a mountain. There is a breeze that is felt when there is no breeze any other place in the area. They say it is at least 5-10 degrees cooler than at the bottom of the mountain.

The building has four floors and we rent about half the building for our stay. On the first floor as you walk in, there is an open reception hall and security booth with 24-hour building security. There is a large gathering room, computer room and a room that will be used as a dining room. There is also an elevator for our use. There are small apartments on each floor. These apartments include: a living room area, equipped kitchen, 1- 2 bedrooms with storage space/closet and most have a balcony.

So, based on the above description, I imagined a kind of oasis at the top of a mountain. Nowhere in the above description did it say there was greenery, yet somehow in my mind, the “Muqattum oasis” was filled with a sparse amount of green trees, some grass, some nice flowers swaying in the aforementioned breeze. I imagined the suburbs of America except with less greenery.

This trip cost me $2,000, which included flight, accommodation for one month, textbooks and our lessons at Al-Azhar.

I had recently separated from my husband but we were still living in the same house.  It seemed like the best first step to moving out of the house.

Prior to all of this, what originally sent me to study Arabic, then International Commerce & Policy, were the 9/11 attacks and a seeking to understand the Arab world. I had been very sheltered in my little world, and was ashamed at my compete lack of knowledge. Since 9/11, I had been reading extensively and was trying to learn what I could.  I had also written a novel, Scattering Dreams of Stars, in 2002-2003 (as yet unpublished) and one of my characters was an Egyptian man named Ahmed Hakim. This character surprised me by becoming one of the main characters in my tale.  Since I didn’t know a single Egyptian person, all I had to go on were stereotypes; I wrote him anyway.  Here are a few snippets from my novel about Ahmed:

Forehead and palms to the floor with scores of other men, moving in tandem like a massive wave, Ahmed Hakim prayed to Allah, asking for peace. He prayed for peace in the world, but peace of mind was what he truly wanted. He worried too much: about being singled out as a troublesome Egyptian-Muslim; about the possibility of war with Iraq; about the nagging symptoms that were surely signs of diabetes. It wasn’t a good time for Ian to turn up, with everything else that was going on in this screwed-up world.

When Lucie came home last night, she wordlessly made up with him, opening her body to him, and he explored it as if it were one of his maps. He became Ibn Battuta, the famous Moroccan explorer, hungry for expedition. He caressed her, trying to transport her to another place – the world in brown and blue, with smatters of green, the Red and Mediterranean Seas, the plateaus and deserts, valleys and deltas.

Ahmed believed his newspaper reading was essential to his understanding of his adopted country. He wanted his Egyptian blood to run though his veins in an American way. He wanted to belong, to be a true American, but the newspaper reminded him daily that he didn’t belong. He was an outsider and likely to stay that way for the near future.

Everywhere he went, people either looked at him suspiciously, or ignored him completely. Sometimes people spoke to him with a high false friendliness, as if he were grossly handicapped, his legs missing or half his face burned off, and they were determined not to notice. They used his skin, eyes, and hair as a barrier, to keep him at a distance. He didn’t want to be a mystery to them. He wanted to be transparent, true.

Going to Egypt for the month of July would give me immersion into the culture, introduce me to Egyptian people, and enable my husband and I to have a complete separation. It would also be my first experience living abroad.  At that time, I wasn’t much of a traveler or photographer; neither did I write a blog. Of course, this trip would also enable me to visit the Pyramids, the Sphinx and the Eygptian Museum, but that wasn’t the main reason I was called to go.

Include the link in the comments below by Wednesday, July 24 at 1:00 p.m. EST.  My next “call to place” post is scheduled to post on Thursday, July 25.

If you’d like, you can use the hashtag #wanderessence.

This will be an ongoing invitation, on the fourth Thursday of each month. Feel free to jump in at any time.  🙂

Thanks to all of you who wrote posts about “the call to place.” 🙂