The Aspen Trail at Navajo National Monument branches off the Sandal Trail and descends 300 feet to view a relic forest of aspen, habitat for the endangered Mexican spotted owl.

at the top of the Aspen Trail

Going down the trail we see the most common oak in Navajoland, the Gambel Oak, which has a hard durable wood still used for ax handles, weaving battens, and cradleboard hoops.  The leafy branches are favored for shade ramadas in the summer.  Solutions of a root bark are used to dye wool and as a purifying drink during Navajo ceremonies. 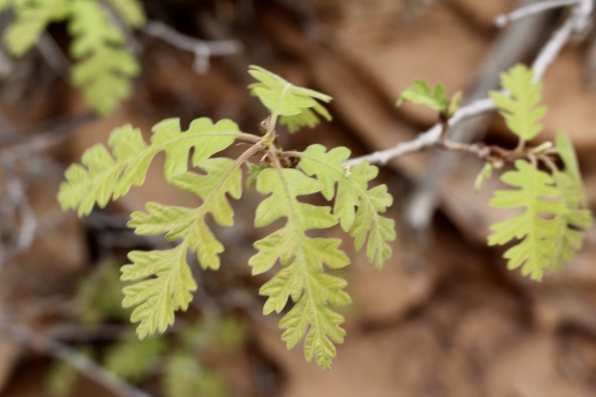 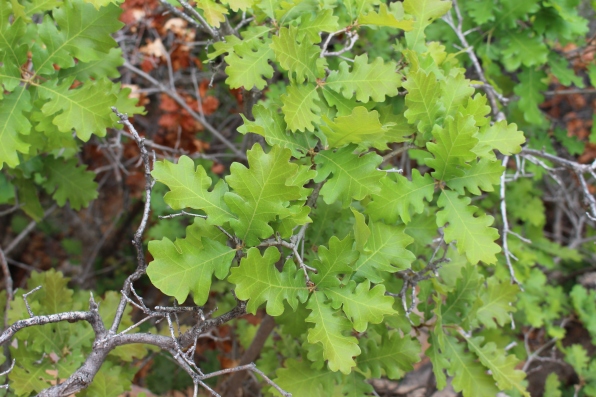 The acorns of Gambel oak are less bitter than those of other oaks and were eaten by Navajos in former times. They were served raw, roasted, or as ground meal in stews or cakes.  The Navajo name is tse ch’il, or “rock plant;”  the Hopi name is kwingvi. 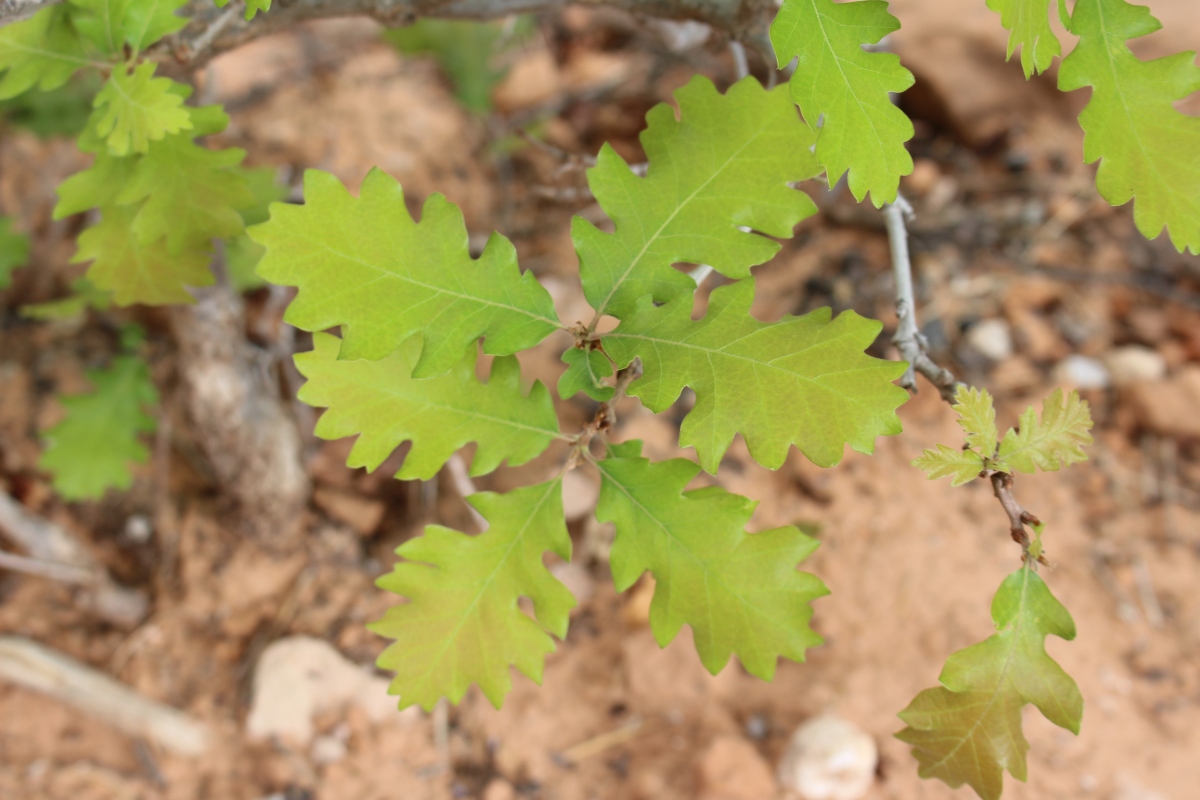 Usually a mountain species, the tall Douglas fir thrives in the deep shade of high-walled Betatakin Canyon. The early Anasazi found the strength and rigidity of this wood ideal for roof building. Generations of Hopis have traveled far from their arid mesa-top homes to collect Douglas Fir boughs and branches. Navajos also traded cut boughs to the Hopis in exchange for corn.  Each culture requires fir neck-wreaths for the dancers of certain sacred ceremonies.

Both cultures also gauge weather by the Douglas fir.  Bright green spring foliage means that the Hopi kachinas, spirit beings in the religious beliefs of the Pueblo people, will bring plenty of rain for crops.  By contrast, dull growth on fir trees is said to bring “evil” winds.  Navajos have seldom used this wood for household items, since they associate the tree with tornadoes. In former times, they did however plant corn seed with fir parts to insure a good crop. The Navajo name is ch’o, or “spruce,” while the Hopi name is salavi. 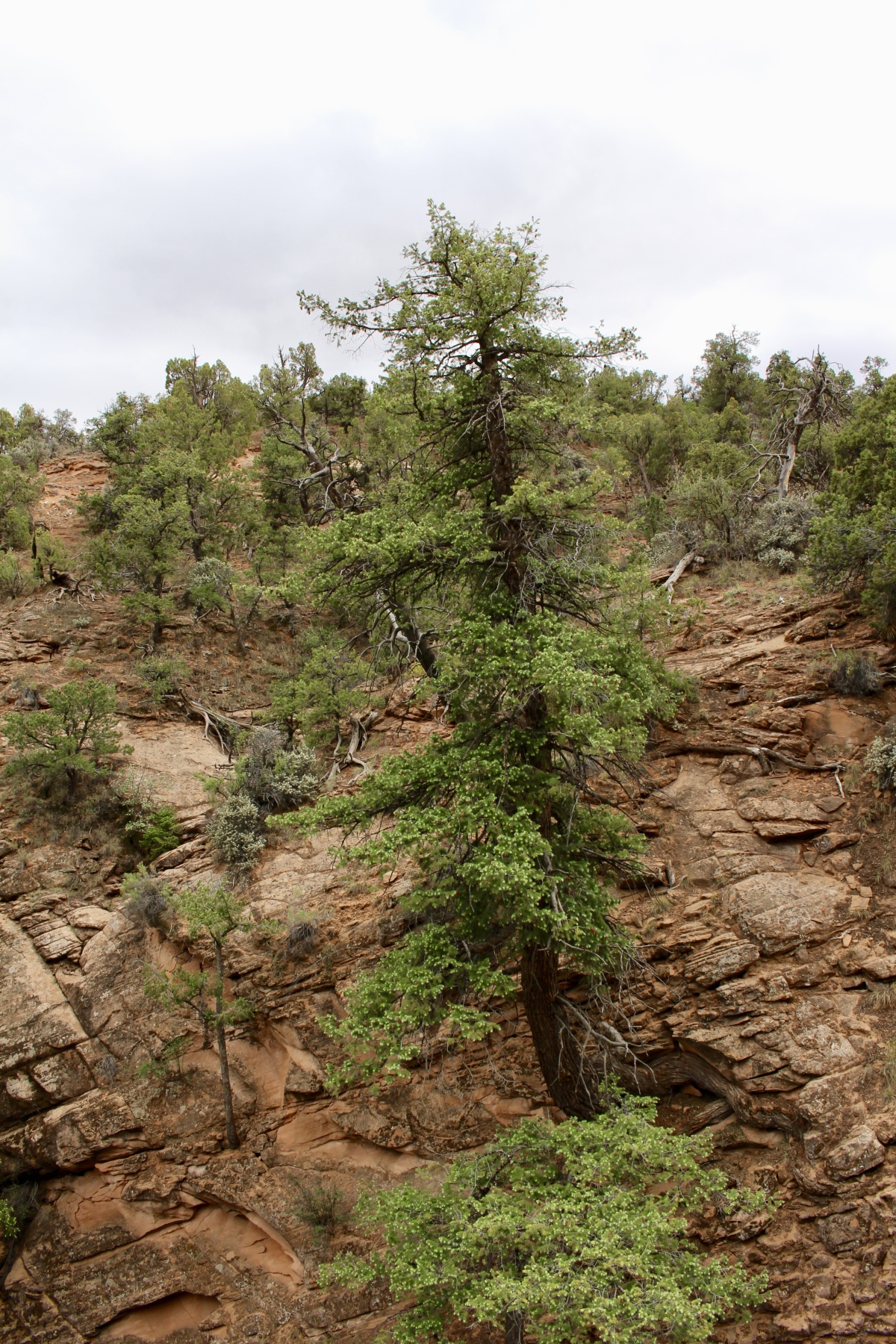 Below us lies a tributary of the Tsegi Canyon watershed. A quaking aspen grove graces the canyon floor, while the north-facing cliff (right) offers shady habitat for towering Douglas Fir trees.

Betatakin Canyon from the Aspen Trail

Hopi Indians burn rabbit brush kindling with three other wood fuels in their ceremonial kivas.  Slender, flexible stems are woven into basketry.  Green dye comes from the inner bark, while early autumn flowers yield a yellow dye.  The Hopis once structured windbreaks from mature stems of rabbit brush.  Such branches were also used for arrow shafts.

Navajos continue to rely on rabbit brush for relief from respiratory ailments, fever and pain.  Parts of the shrub are given to purify the body during ceremonies.  Navajos formerly ate stewed rabbit brush greens and ground the seeds into mush.  The Navajo names is k’iilsoii, or “yellow leaf,” and the Hopi name is siva’pi or sivapi. 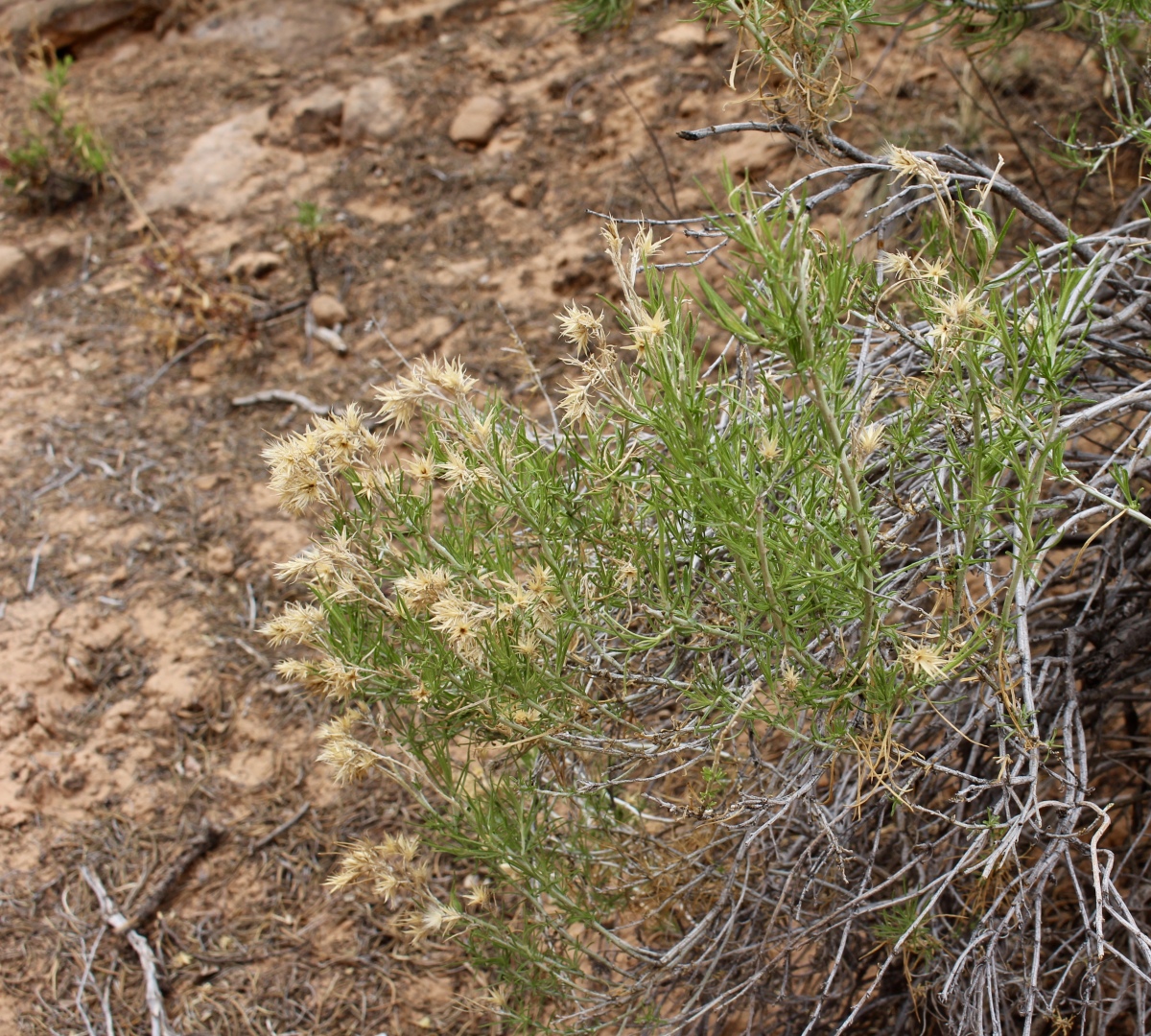 Thriving here in this desert wilderness is an unexpected deciduous forest.  The steep canyon walls, seeping cherished moisture into the basin at the canyon head, have preserved a shaded and humid environment. Water-loving plants and trees that would be more at home on mountain slopes find refuge here.  These isolated pockets of unanticipated landscapes are called relic forests – survivors from an ice age environment that they dominated some 10,000 to 20,000 years ago. 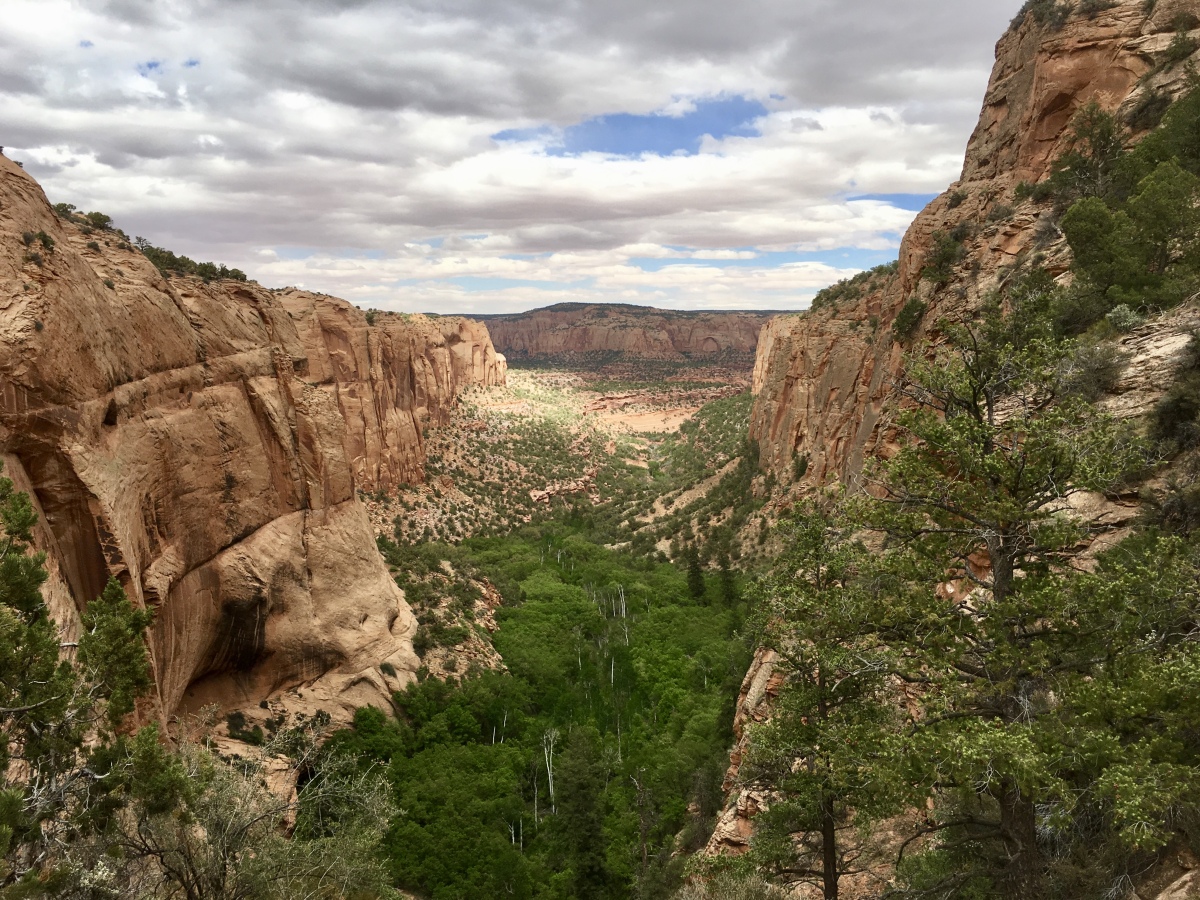 Betatakin Canyon from the Aspen Trail 4

The white-trunked quaking aspen thrives at high elevations and in northwestern lands of North America.  The presence of aspen and Douglas fir here reminds us that climates in the Southwest were once much cooler and wetter. 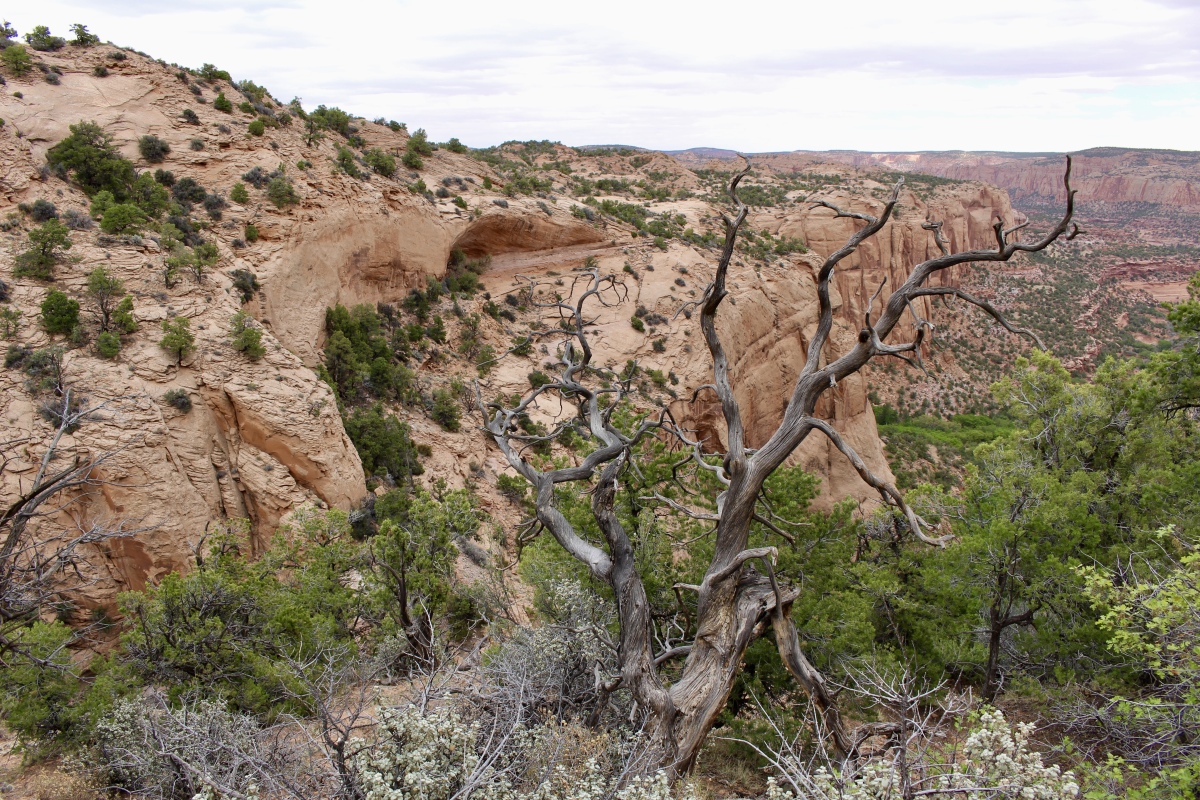 coming back up the Aspen Trail

After climbing out of the canyon to the rim, we take the Canyon View Trail to a view from the head of Betatakin Canyon and continuing to the historic ranger station. 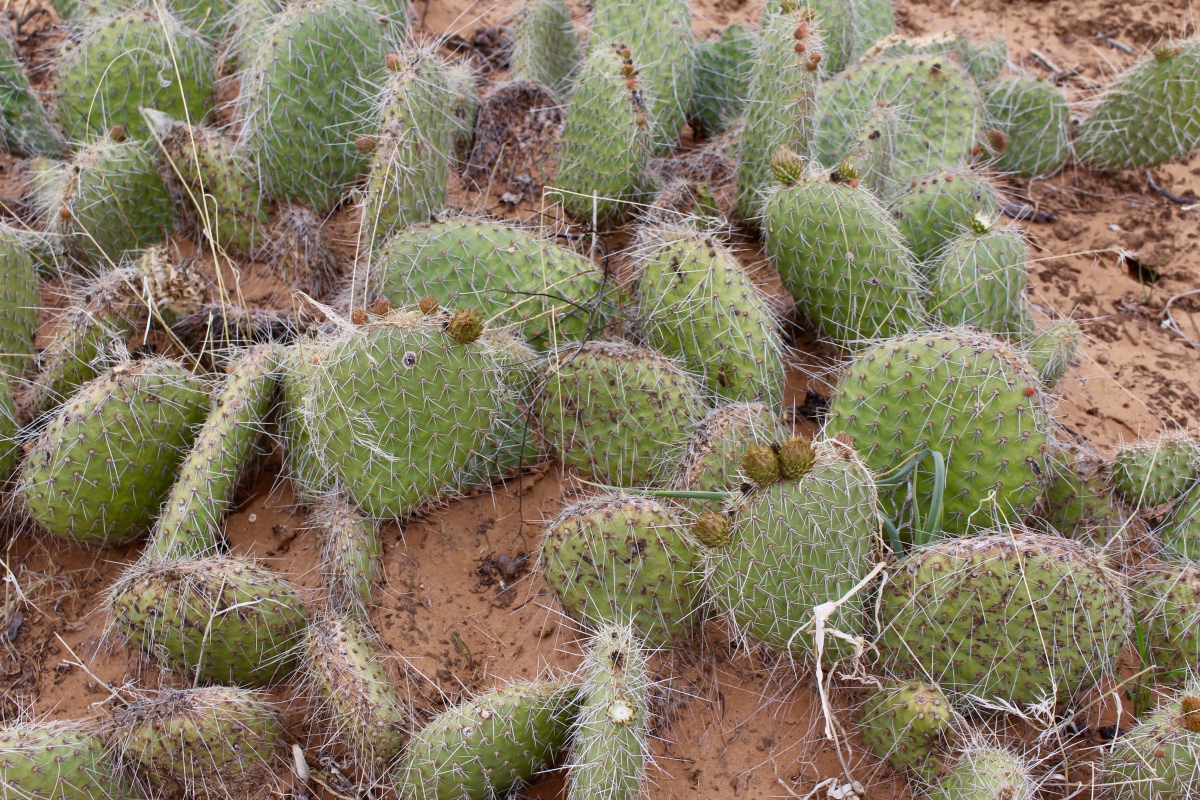 Each of these hikes was about 0.8 miles round trip.

finding truth and some forests